Finally, I'm getting around to reviewing the Dior Aurora Bronzer that's been flying off shelves everywhere. Somehow I had the foresight to order this early on, which is surprising for me, since I like to mull over things too long before buying them! I'll refer to this as Dior Aurora bronzer because the official name Dior DiorSkin Nude Glow Healthy Glow Summer Powder in Aurora is just too much to handle. What is it with Dior and ridiculously long unmemorable names?

I'll try to keep this short, since I plan on catching some Z's.

Dior Aurora's been getting lots of love on the net, unsurprisingly, because of the beautiful basket-weave pattern. The bronzer comes with a dark blue velvet pouch and a flat soft brush for application (see above). The brush is actually quite nice, and I've used it exclusively for my application. However Aurora's beauty is more than skin-deep. It also applies beautifully, which I'll discuss later. It's the lighter of two bronzers, the other shade being Sunset (for darker skin). 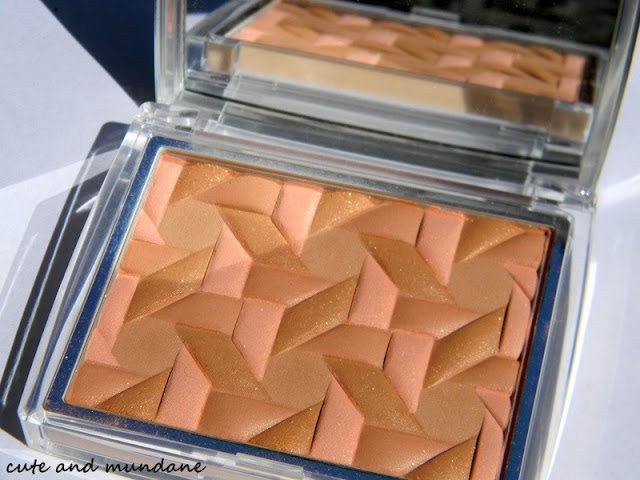 The casing is a reflective silver. It matches the summer theme, although I secretly was wishing for Dior's holographic blue packaging. 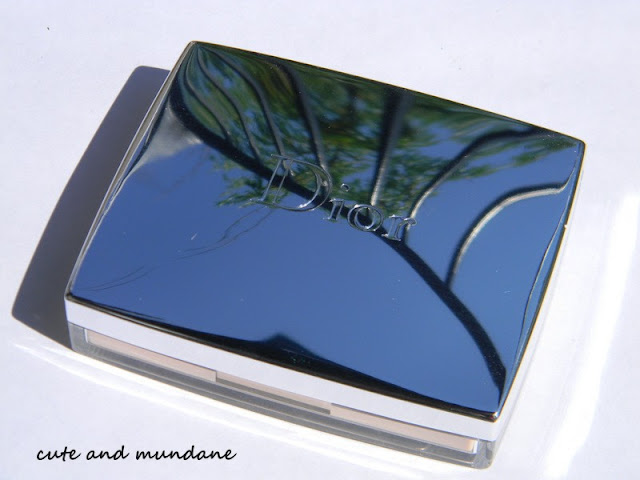 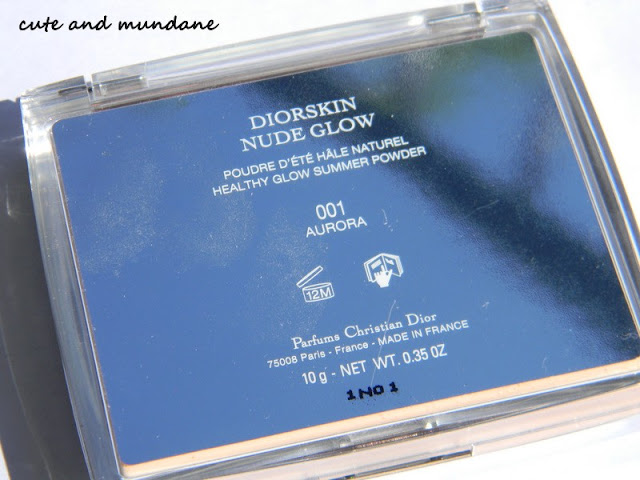 And more gratuitous shots of the beautiful pan. 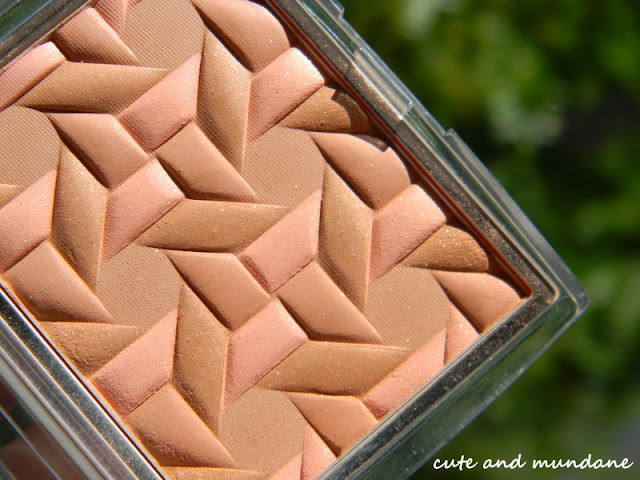 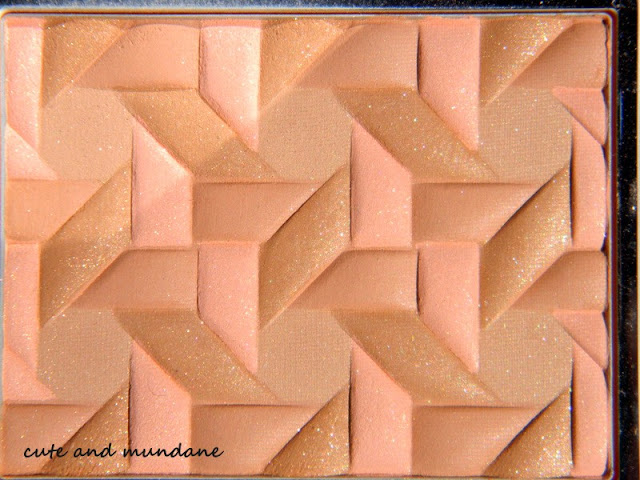 When I first saw photos circulating online, I was concerned that Aurora might be a little too peachy and look odd on my skin. I was imagining what I'd look like with NARS Deep Throat applied all over! Not good. I must have been delusional, and took the plunge anyway. Fortunately, I was pleasantly surprised. I applied it, brushing downwards in locations that the sun would normally hit the skin, such as cheek bones, forehead, bridge of nose, chin, etc. The effect is a just-come-from-the-sun glow as opposed to a deeper golden bronze glow which would suggest a tan that's already settled in.

You can see the swatches of Dior Aurora bronzer below. I've swatched the individual colors, as well as all of them blended together. There's no way you'll ever use the colors individually, unlike Chanel's bronzer, since they're too small, so this is for interest only. The colors are swatched over UDPP, however they're still quite light on my NC20 (?) skin. I suppose that's why this is named a "Summer Powder" as opposed to a bronzer. It's quite subtle, but buildable for sure.  The pigment is very smooth and finely milled and doesn't look or feel powdery at all. There are micro-sparkles mixed in so your skin does shimmer if you look really really up close. However you don't notice any shine from afar. 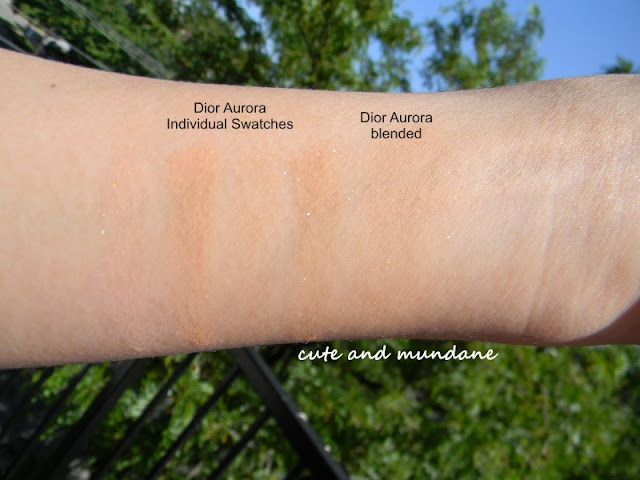 Overall, a definite thumbs up. The idea is different from your typical golden bronzer, perhaps more along the lines of a terracotta bronzer such as NARS Irresistiblement.  It can be used as an all over bronzer to tan skin, or it can be used to contour. One plus is that Aurora also works as a stand-in for blush.

I hope you enjoyed the review! I have more bronzers than I can handle, so now I'm on an official no-bronzer-buy for the rest of the year. I wasn't planning on posting tonight, but I found out about a personal issue today which put me off kilter. Doing something artistic or creative (blogging included) always helps me feel better when I'm feeling a little down!

Thanks for reading, and hope all is well with you guys!