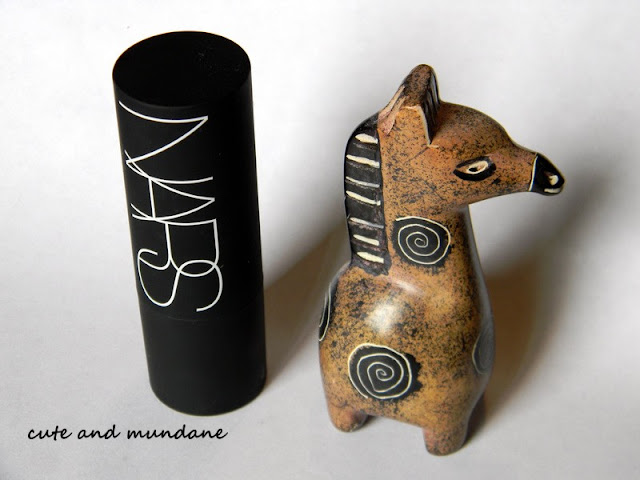 After toasting myself in the summer sun on my little porch, I've retreated to the nice cool indoors. There's something about sun, then AC that feels so good. Don't worry... I had my sun hat on; I'm not a proponent of tanning for the sake of tanning. I just love being outdoors when the weather is nice.  In fact, I'd prefer to stay the same color year round, however I tan so easily that this is not possible! Today I have a review and photos of my NARS Copacabana multiple that I got as part of the Nordstrom Exclusive NARS Cheek Kit reviewed previously.

NARS multiples are touted as being wearable on eyes, lips, and cheeks, although most of us agree that this is a bit fanciful thinking. However, there is a legend as to how the multiple was conceived which you can read on the NARS website. In a 1996 Harper's Bazaar feature, six top makeup artists each showcased one look. Francois NARS used only one product, Tangier lipstick on eyes, lips, and cheeks. It was titled "NARS Brown Out." Customers started trying to recreate this look, however lipstick is not the best texture for all those situations, hence Nars created the multiple. I thought this background story put the multiple in perspective.

NARS Copacabana is the lightest of the multiples. It's a cream-product that comes in a twist up tube. Despite being a cream, I find that when applied it gives a cream-to-powder type finish which does not feel oily at all on my skin. I like to use my fingers to apply it on my cheekbones, nose bridge, and underneath my eyebrow arch. I can't imagine applying this directly to my face, it would be too much.

I know people complain about the lasting power. I think it will last a shorter period of time than a comparable powder highlighter, however I have noticed that some is present by the end of the day. The lasting power is likely depending on what type of skin you have and how much foundation or powder you have underneath. I have combination skin, hence my cheeks aren't terribly oily, so it seems to last long enough for me. I also wear foundation underneath, but not powder, which definitely helps. If I apply the multiple or NARS illuminators without foundation, the lasting time is significantly less. I've heard some people set the multiple with powder, but this seems like overkill to me. Sometimes I think adding powder on top of cream might make it heavier, hold more oil from your skin, and become more prone to sliding. But that's just my opinion. 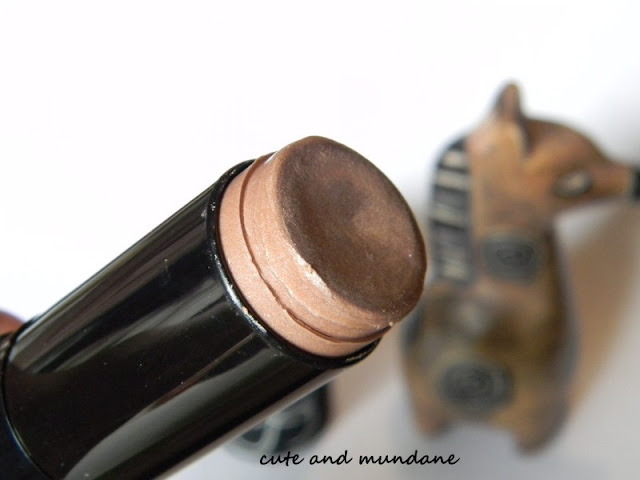 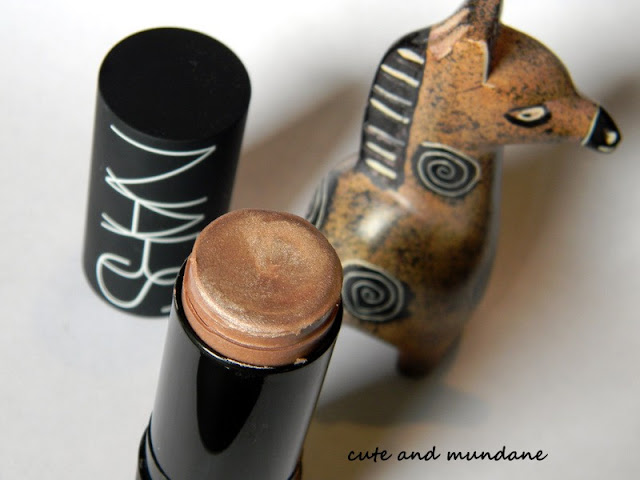 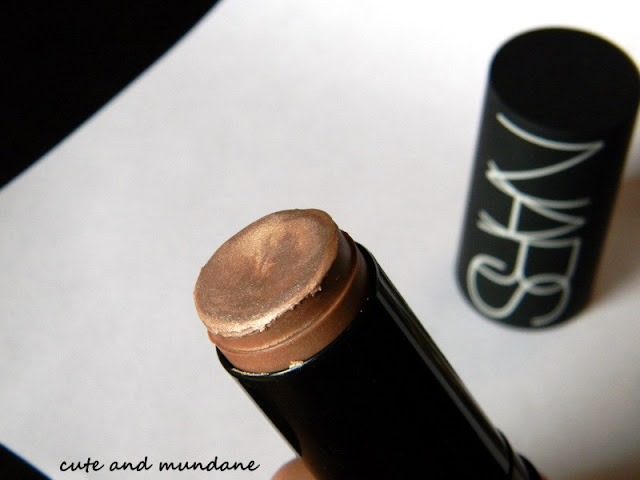 When seen in stick form, Copacabana has a light golden-taupey base with some silvery glow. I think my pictures are fairly accurate, although those of you that have seen it in person would say it is lighter. The reason it looks lighter in person is because the shimmer reflects the light, hence giving it a lighter appearance.

When swatched, the base color sheers out. It is barely perceptible as you can see below. However the presence of a little golden-taupe makes the silvery sheen very wearable. Bravo! This gives me a really nice glow when I apply with my fingers. This product would look most natural on lighter skin regardless of tone.  I've found that as I tan more, it becomes more evident (obviously), though it still looks very pretty. The effect is just different: glow vs. highlight for lighter and darker, respectively. 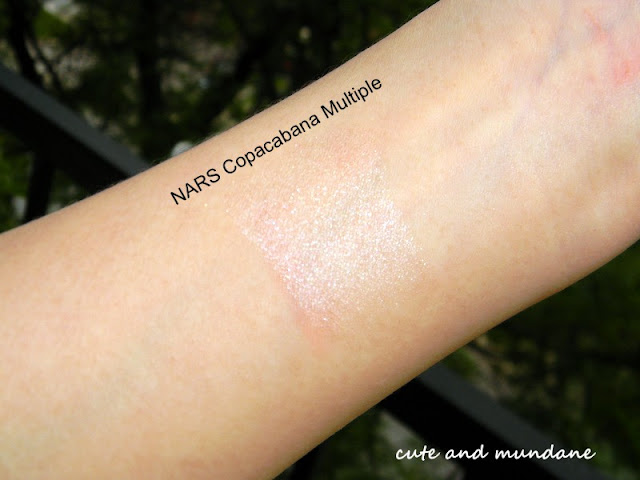 Overall, I'm very pleased with the Copacabana multiple, and it's a finishing part of my everyday summer face routine. I think the stick will last me a really long time, as I use my fingers to apply. If you're applying the stick directly to the face (which I don't recommend) then yes, it will not last very long. I do think that around $40 it's a bit much, but not completely unreasonable since it's more product than their pan cream blushes. I plan on purchasing NARS Luxor multiple, which is a light iridescent pink, the next time Sephora has a sale.

So, that's that. I have to go to an office party with Mr. Lovey later tonight, so I think I'll drink some water, take a nap, and hope that my outdoor shenanigans didn't tan me darker than my foundation! Thanks for reading! Let me know if you have any favorite multiples, or love/hate stories with cream blushes and highlighters. Or whatever! I hope you're enjoying your weekends, wherever you may be.