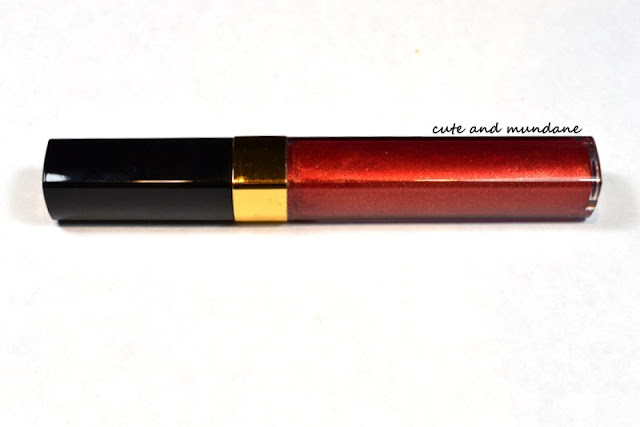 With the new year's eve fast approaching, I thought it would be fit to post a review on a festive red lippie. Today I'm sharing photos and swatches of Chanel Levres Scintillantes Glossimer in Spark 04. 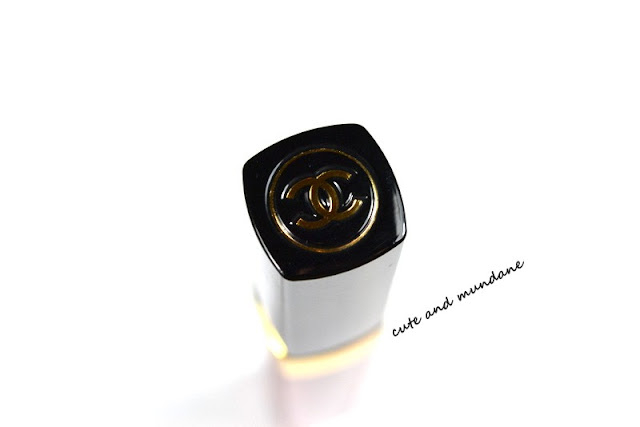 Chanel Spark is very fitting holiday color. In the tube it is definitely a red, however it is a subdued red. It's not a very blue red or an orange red, or a fire engine red. It leans a little twoards garnet or brick red. In person, Spark has a golden sheen (in the tube) which adds a hint of warmth. 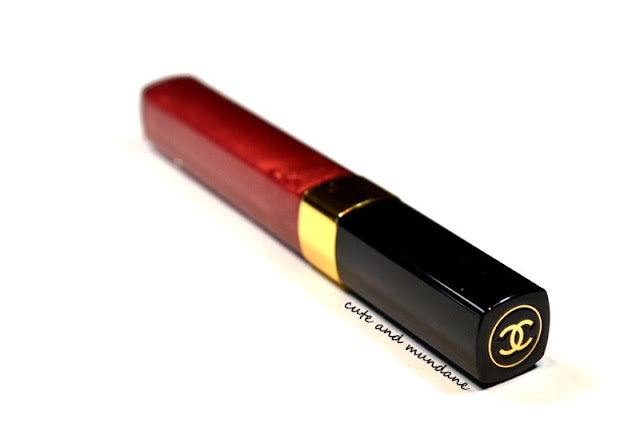 When you open the glossimer, you can see that the residue on the wand has a slight fuschia tone to it. This is interesting, since I didn't detect fuschia tones from the bottle itself. 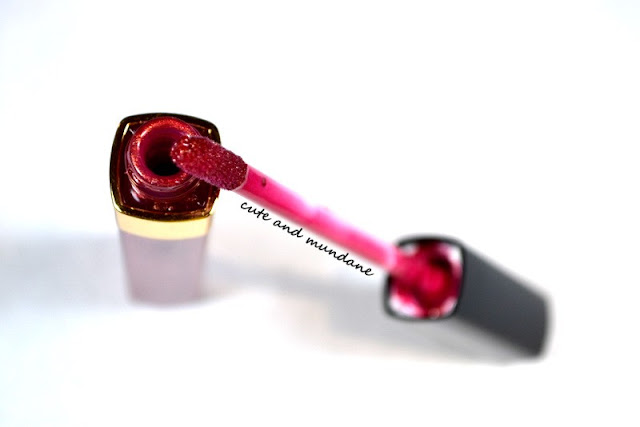 Finally, you can see from my swatch of Chanel glossimer in Spark 04 that the color is a nice modest red with the slightest hint of golden warmth. I've swatched it at the thickness that I think would be reasonable for normal wear. You can see that it's not overly opaque like a lacquer. It's medium intensity and shows up well on the lips. It applies evenly (as you'd expect of a glossimer) and it's sticky enough so that it doesn't move around. I like the glossimer formula in general. The texture is fairly smooth and not too tacky. It does feel a little tighter over time once it gets dry, but it doesn't bother me as much as many other glosses. 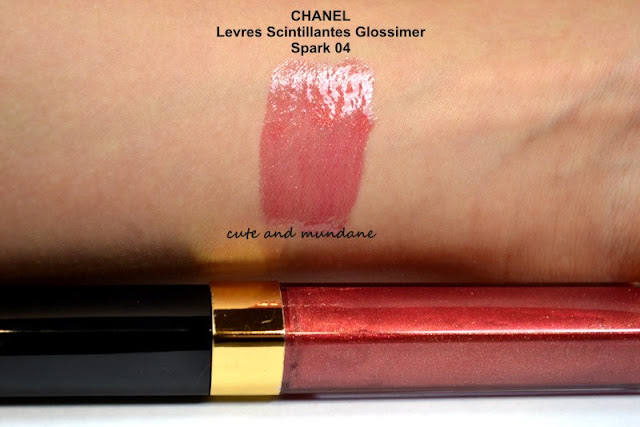 I think Chanel Spark would be a wearable red gloss for most people (and most ages too). It's definitely not a statement red, which for me is a good thing! It's also a comfortable red to wear since I don't have to check to see if it's ended up outside my lips or on my teeth. To be honest, I don't get a lot of wear out of this even though I think it's really nice. I'm not a big red person. I own this one red gloss and one dramatic red lipstick! I'm pretty sure I'll be wearing this around New Year's though and maybe somewhat in January. It's peak red season so I should do my best to incorporate reds!

Thanks for reading! Are you wearing red for New Years? If so, what color?