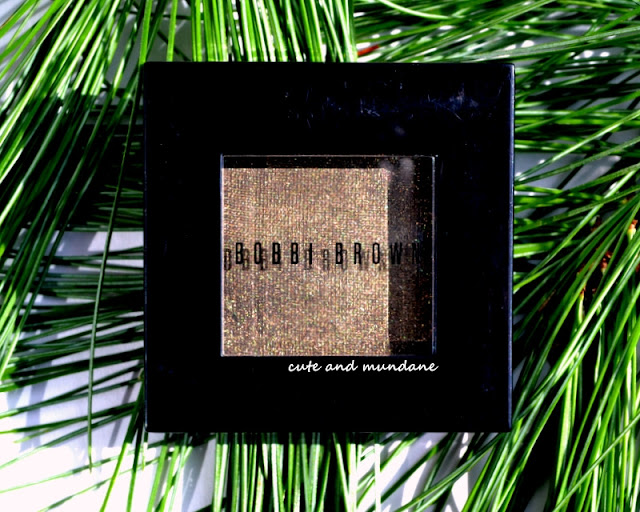 With the holiday season just around the corner, I've been loving everything pine themed and pine scented. Inspired by the idea of pine trees, I decided to share a review of my Bobbi Brown Metallic Eye Shadow in Forest with you today, as well as a few needles from a very special tree. 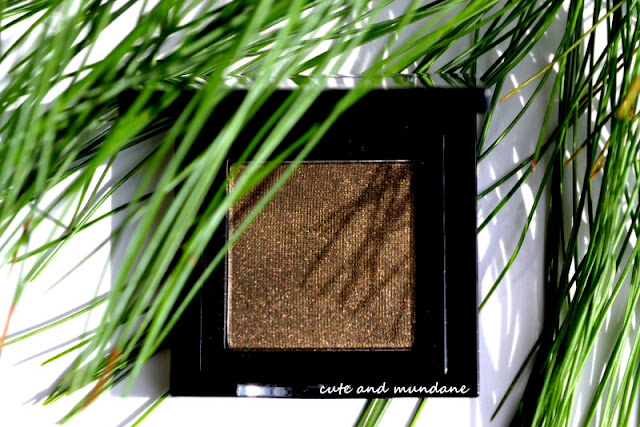 The green needles in my photos are from no ordinary tree. They're from Frosty, a pine tree from my childhood. (My parents brought me the branch shown here during their recent trip to Chicago). In elementary school, all the kids were given a white pine seedling on Earth Day. I named mine Frosty (yes, after the snowman) and planted him in our garden. As the garden fell fallow over the years and I left home, my little twig grew, grew, and grew! Two decades later, Frosty is a magnificent tree. He's twenty feet tall and has plenty of branches with  long graceful pine needles. Unfortunately, Frosty wasn't planted in the best position, and will eventually have to be cut down because of it. I'm quite torn up about this, and it makes me teary eyed every time I think about it. After all, this is a tree that grew up with me.  In a way, I'm hoping that this blog post is a way for Frosty to live on in my memories. 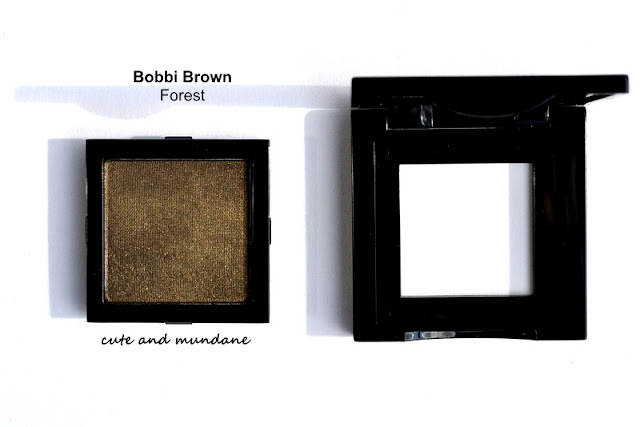 I've had my Bobbi  Brown Metallic Eye Shadow in Forest for quite some time now. It was one of the first Bobbi Brown eyeshadows that I purchased for myself, so it's fitting to feature it alongside my favorite tree. Bobbi Brown eyeshadows pop conveniently out of their single casing and easily into larger palettes. I have the two, three, and six pan sizes. A four pan size is also available and my mom has a limited edition nine-pan size. I think Bobbi's palette system is one of the best systems out there; there's no scratching or prying necessary and you can see the name of the shadow on the back of the palette. 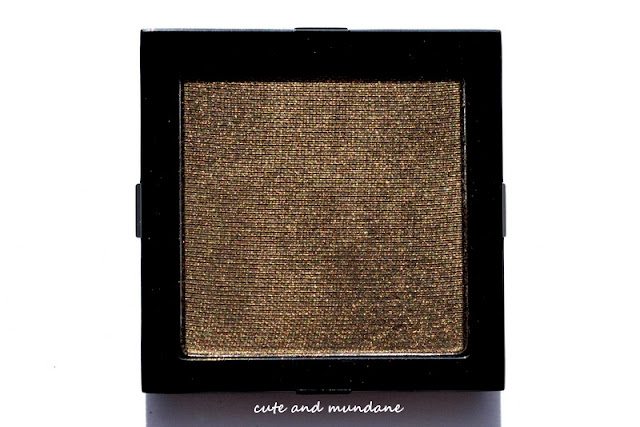 Bobbi Brown Forest Metallic Eye Shadow is a rich blackened olive gold with shimmer that gives the impression of a forest at dusk. It's not overtly green, as one might expect from the name. The formula is smooth and pigmented as one would expect of Bobbi Brown shadows. I've compared it to swatches of a few greenish colors to give you a good idea of what it looks like. Urban Decay Loaded (from the Dangerous palette) is a similar intensity and more blue-green. Bobbi  Brown Sage Metallic Eyes Shadow is much lighter green-grey. Urban Decay Jagged (from the Vice palette) has a similar blackened gold feel, however it's lighter and less olive. It's also less pigmented and has some large glitter mixed in. 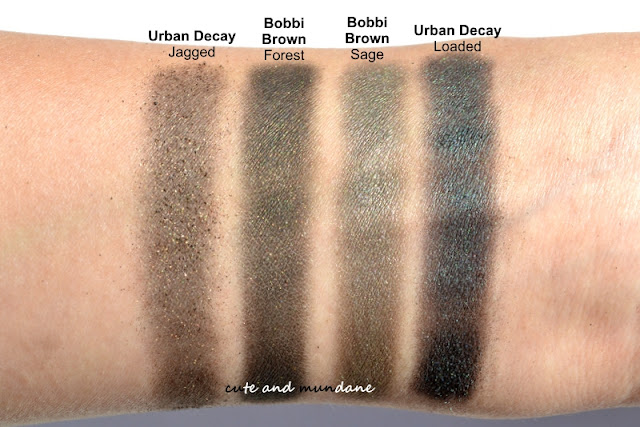 Bobbi Brown Forest Metallic Eye Shadow is a gorgeous blackened olive shadow that works well for the current season. In my imagination, the color conjures up the shadows of greener places outside the city, including that small patch of earth hundreds of miles away where Frosty laid down his roots. Thanks for reading! What Bobbi Brown eyeshadows do you have in your collection? What are your favorite deep greens or olive eyeshadows? Do you have a tree or plant that has a special significance to you?