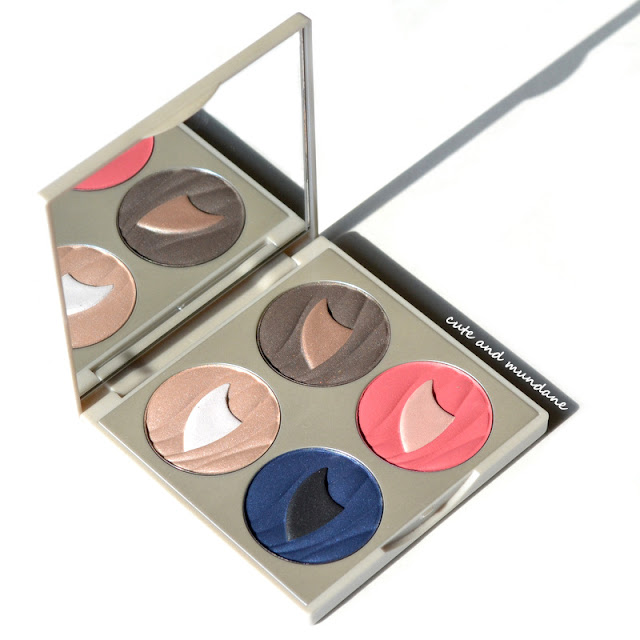 I first saw them on a grade school field trip to the National Aquarium in Baltimore - fearsome, majestic creatures with large toothy grins that seemed powerful enough to bite through the thick plexiglass wall that separated us. Seeing real live sharks for the first time is an experience I'll never forget. For all their scary looks and ruthless reputation, these top predators have much more to fear than we do. For every recorded shark attack on humans, humans have killed more than 4 million sharks. In the past 40 years, several shark species have been decimated by 95%. The demand for shark fin soup results in the deaths of 73 million sharks annually (that's over 2 per second!) Equally alarming is the brutality of shark fishing practices; fins are often cut off of a living shark and the body is thrown back into the water to die. Thankfully, there are organizations like the BLOOM association that are passionately committed to saving sharks. Among other accomplishments, BLOOM orchestrated a top-level ban on serving shark fin soup at all Hong Kong luxury hotels. Chantecaille is supporting BLOOM's tireless  efforts by raising awareness and donating 5% of proceeds from the Chantecaille 'Save the Sharks Palette' to the campaign. 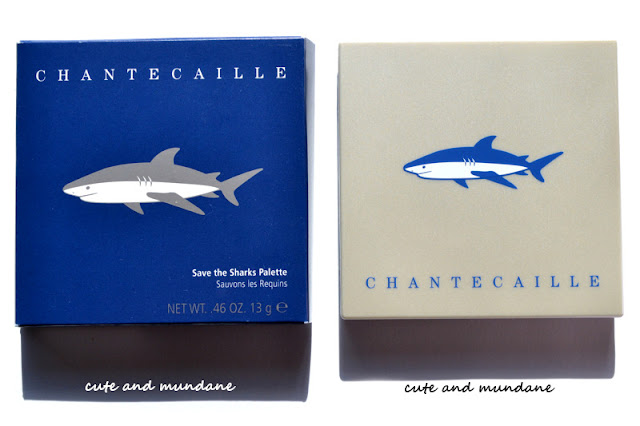 Last year I worked quite a dent into Chantecaille 'The Coral Reefs' palette (reviewed here); you can imagine how excited I was to get my hands on the Chantecaille 'Save the Sharks' palette! The palette casing is a light warm grey plastic with a very subtle blue sheen that can be seen in lower light or when observed at an angle. (You might be able to appreciate this 'blue' effect in the leftmost corner of the palette below). I thought this was pretty cool and very fitting considering the shark theme. A dark blue and white shark image and Chantecaille's logo is printed on the top. 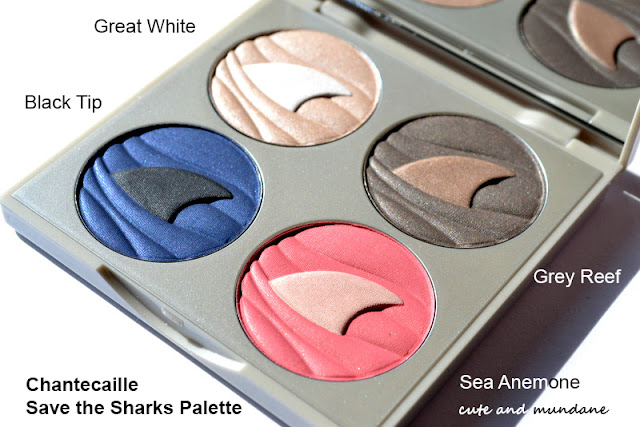 Inside the palette, each pan contains embossed three-dimensional imagery of a shark's fin slicing through the water. The golden or white over-spray on the fins is temporary and should rub off after a couple uses. There are three eye colors and one blush inside the Chantecaille 'Save the Sharks Palette'. Great White is a pale beige all-over or highlight eye color. Grey Reef is a shimmery golden pewter eye color.  Black Tip is a dark navy eye liner shade.   Sea Anemone is a beautiful bright pink. The powder eyeshadows and blush have good pigmentation and smooth application. 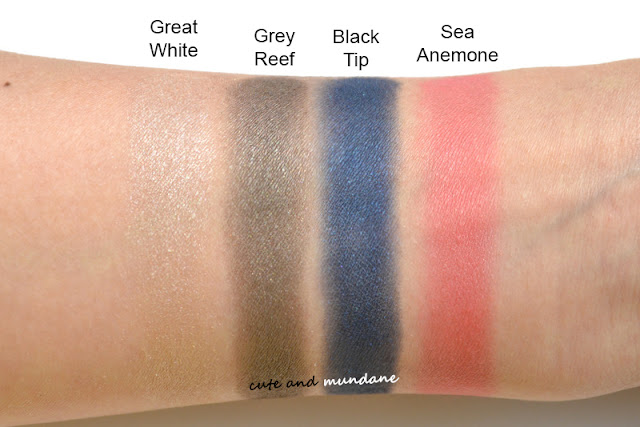 Each of the palette's four colors has a marine animal inspiration. I've included a short blurb on each for your interest! The Great White shark is one of the largest (if not the largest) macropredatory fish; the largest measured great whites have approached (or exceeded) twenty feet in length and five thousand pounds in weight! Grey Reef sharks are often seen in shallow water near the drop-offs of coral reefs; they're small, agile, and aggressive predators less than six feet in length. Black Tip sharks are sharks that roam coastal waters of tropical and subtropical regions. They grow to roughly five feet in length and have a characteristic black streaks on the edge of their fins. Sea Anemone is the only non-shark namesake in the palette. Anemones are predatory animals with venomous tentacles; they also provide shelter to clownfish, who are unaffected by anemones' stings. 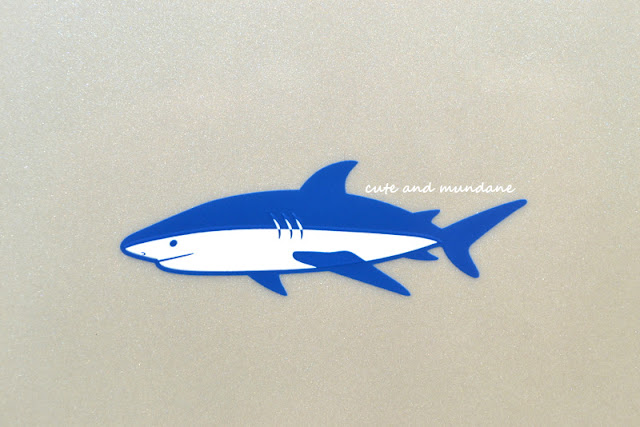 Above, you can see a closeup of the shark icon on the Chantecaille 'Save the Sharks Palette'. Did you know that the dark upper side and light underside coloration of sharks is called countershading? Countershading helps the predator camouflage better with its surroundings. When seen from above, its dark upper side blends in with the deep sea. When viewed from below, the light belly blends in with the light surface of the water! 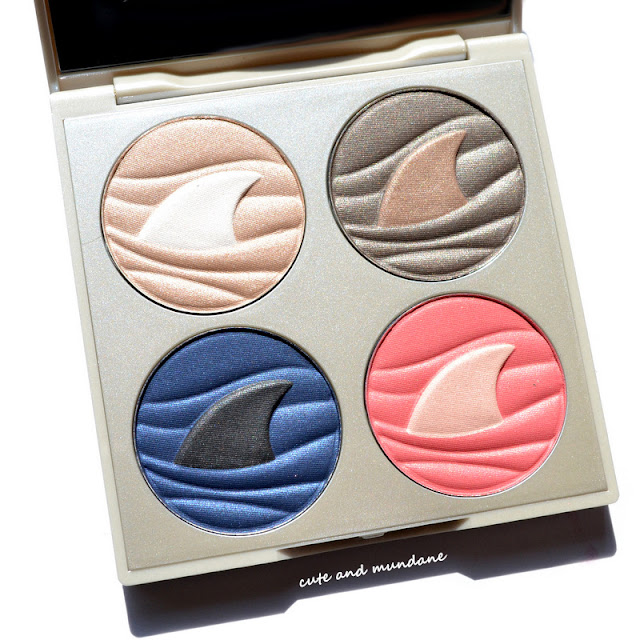 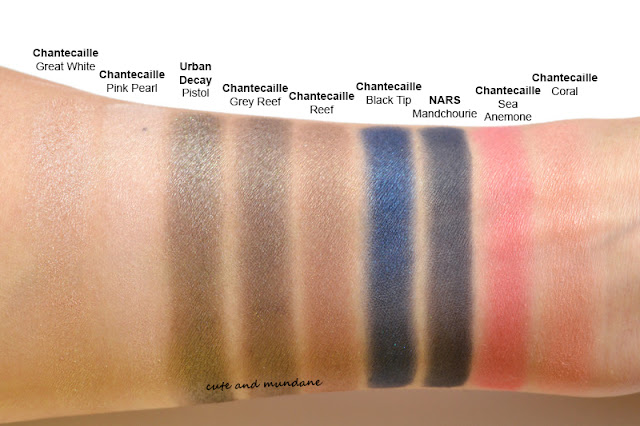 P.S. Read more articles about the shark fin trade on NYTimes.
P.P.S. Be sure to check out my other Chantecaille Spring 2013 reviews (here and here)!
Disclosure: This post contains product(s) sent to Cute and Mundane for consideration by PR. The ideas and opinions in this post are genuine and my own. The Chantecaille link in this post is not an affiliate link; it is present for your convenience.
Posted by Dovey at Saturday, February 09, 2013