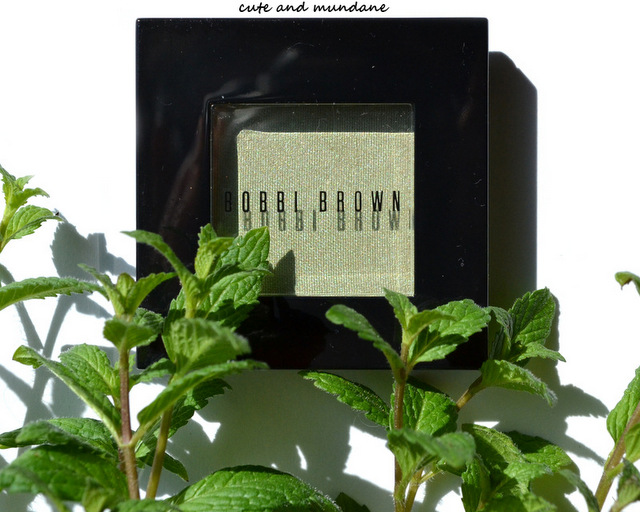 Every summer I purchase a new mint plant for my apartment perch; the leaves are perfect for use in mojitos, desserts, and tea! I've already written about my love for mint fragrances (see here), so I thought it would only be fitting to devote a post to mint (the color) as well. To that end, I have a review of Bobbi Brown Metallic eyeshadow in Mint to share with you today! 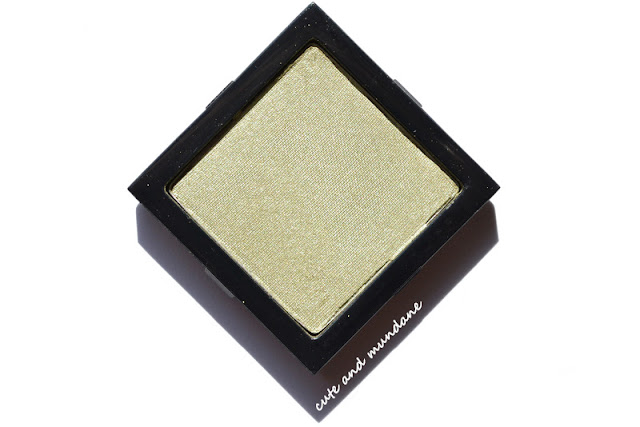 Bobbi Brown eyeshadows are among my favorite eyeshadow formulas, and Bobbi Brown Mint follows in that tradition. The single eyeshadows conveniently pop out and can be used in Bobbi's palettes. The palettes come in multiple sizes --- I have the two, three, and six pan versions. A four pan version is also regularly available as well.


Bobbi Brown Metallic Eyeshadow in Mint is a shimmery light mint green. It has a slightly grey tone, however in the sunlight (seen below) it exudes the light yellow-green warmth of a mint leaf. In the shade, Mint appears cooler. The color is a bit muted when compared with the greens in the Revlon Luscious Quad, but it's much lighter and greener than Bobbi Brown Metallic eyeshadow in Sage. 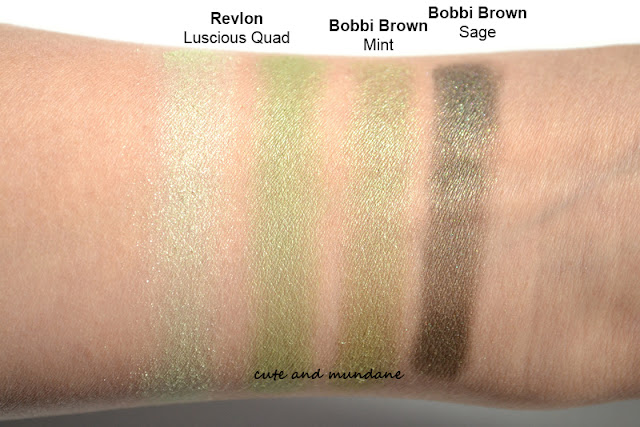 Bobbi Brown Metallic eyeshadow in Mint is a verdant breath of fresh air. Mint is just as refreshing a color as it is a flavor --- and it adds a nice brightness to my eyes when worn. Overall, I'm happy to have Mint, and look forward to incorporating it into my green routine this year! Thanks for reading! Have you tried Bobbi Brown Mint or other Bobbi Brown eyeshadows? What are your favorite mint green eyeshadows?