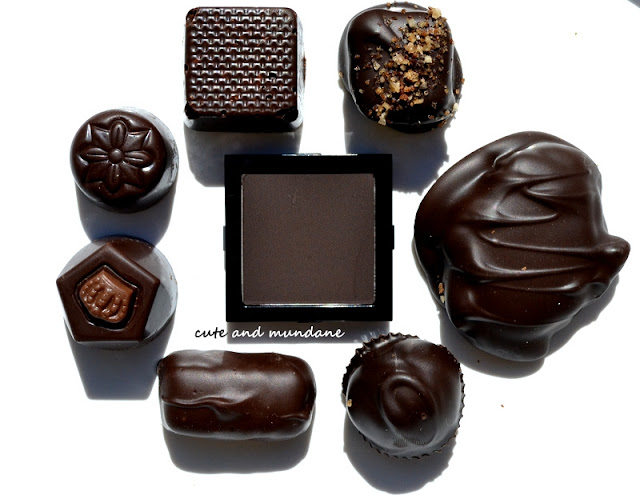 "Life [is] like a box of chocolates. You never know what you're going to get." The same can be said for ordering makeup sight unseen. When Bobbi Brown eyeshadow in Black Chocolate was released this fall, I didn't preview it at counters. I simply ordered it online and hoped for the  best. 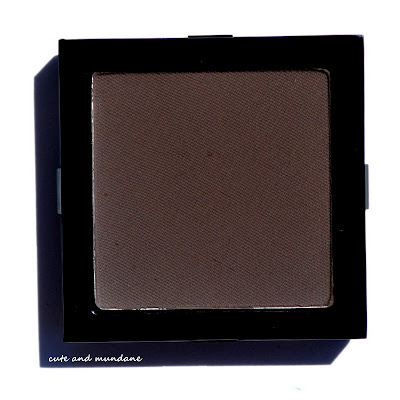 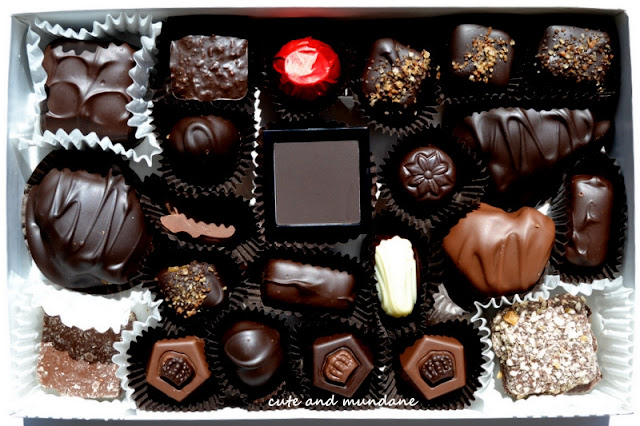 Bobbi Brown eyeshadows contain a generous amount of product. They have 0.08 oz. of eyeshadow, which you can compare to 0.05oz for a MAC eyeshadow. They have superb pigmentation and texture. I'd be hard pressed to think of another brand that has line of matte neutral shadows that is as comprehensive and well done as Bobbi's. The eyeshadows can easily pop in and out of their single packaging and be inserted into larger palettes. 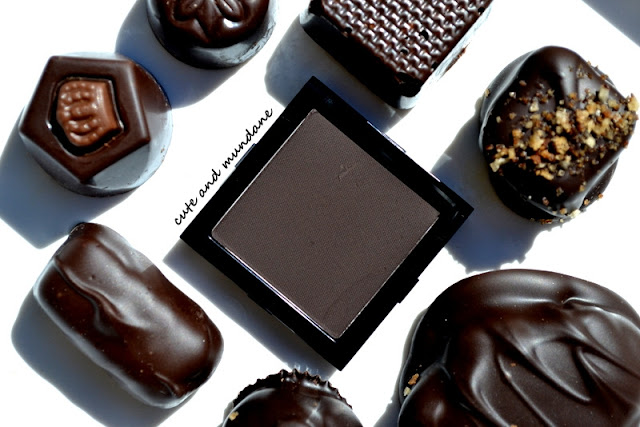 I try not to make it a habit of collecting too much of a certain kind of makeup, but I can never seem to have too many nude lipsticks or dark eyeshadows. My favorite way to define my eyes is with strong yet soft and smudgy line. This typically involves the use of a dark eyeshadow and my Sephora pencil brush (my brush BFF). I like to have a variety of dark colors to vary the look, depending on my mood. Bobbi Brown Caviar and Smoke are among my most-used colors. 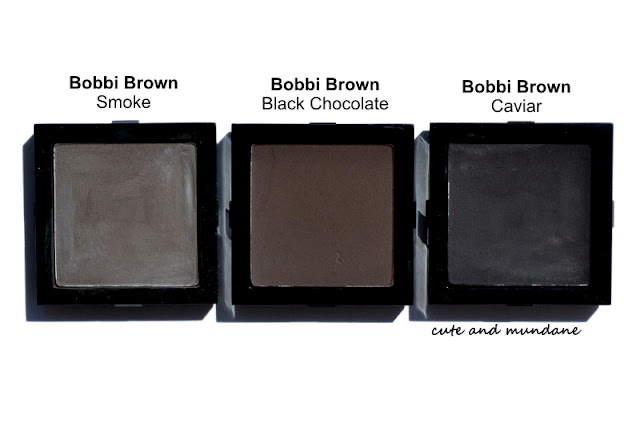 Bobbi Brown Black Chocolate eyeshadow is described online as a 'black brown.' The descriptor is not that helpful, as Caviar is described as a 'black brown', while Smoke is a 'deep brown black.' As you can see from the pans above and the swatches below, the three colors are actually quite different. To me, Bobbi Brown Black Chocolate is a soft dark chocolate brown with just a hint of black. Bobbi Brown Caviar is much darker and blacker. Bobbi Brown Expresso is darker and cooler. Bobbi Brown Smoke has a similar intensity, but is more grey. NARS Coconut Grove (reviewed here) is the most similar, but its pigmentation is a bit richer, darker, and cooler. 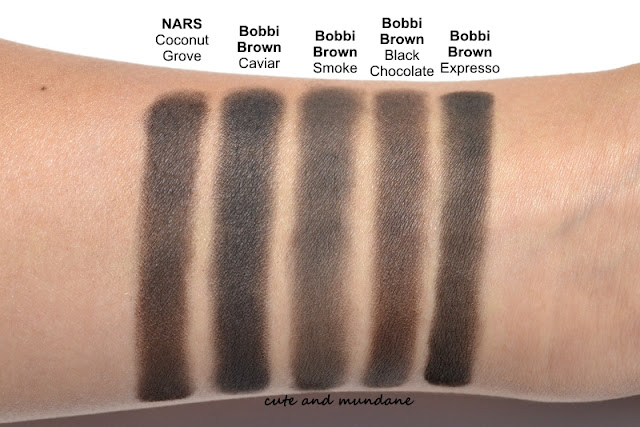 I ordered Bobbi Brown Black Chocolate on a whim, but I'm really pleased with my decision. I've been wanting a soft yet dark brown and this fits the bill. By the way, this was probably one of the best beauty blog photo shoots ever. Suffice it to say, I ended up enjoying a few truffles, favoring the crunchy toffee filled kind. Thanks for reading! Did you pick up anything from the Bobbi Brown Uber Beige collection? What are your favorite dark liner colors? Which chocolates do you go for first in a box?