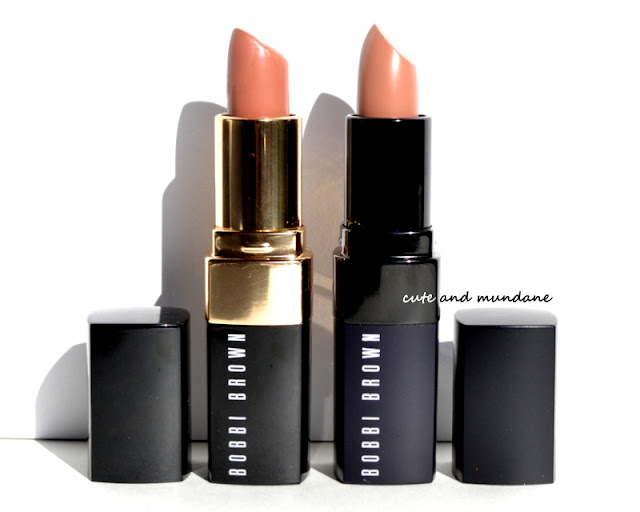 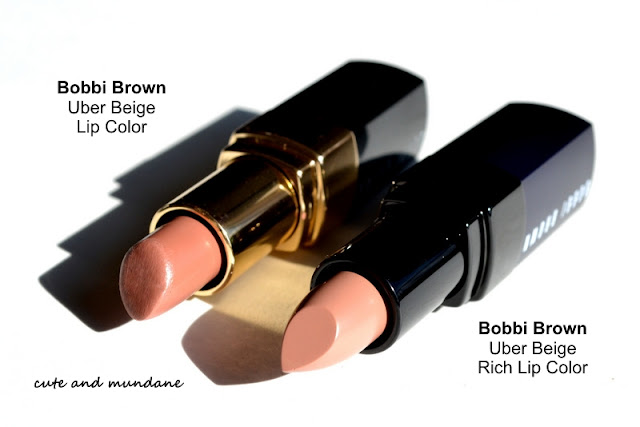 I'm glad I decided to do a comparison post between the two Bobbi Brown Uber Beige lipsticks because it turns out they swatch differently! Bobbi Brown Uber Beige is a light beige nude lip color. The Lip Color (LC) version looks more beige in my swatch, while the Rich Lip Color (RLC) is more pink. However, when worn, both look more similar and more beige than in swatches. In terms of the other colors, Bobbi Brown Beige looks to be a color in between the LC and RLC versions of Uber Beige. Bobbi Brown Rich Lip Color in Bare Pink is similarly light, but pure pink and not beige. NARS Belle de Jour lipstick (reviewed here) is a sheer nude; you can see that it is more peachy and less beige. I saw one review likening Bobbi Brown Uber Beige to MAC Pure Zen (reviewed here). I think they're actually very different. MAC Pure Zen is brighter and pinker nude color. 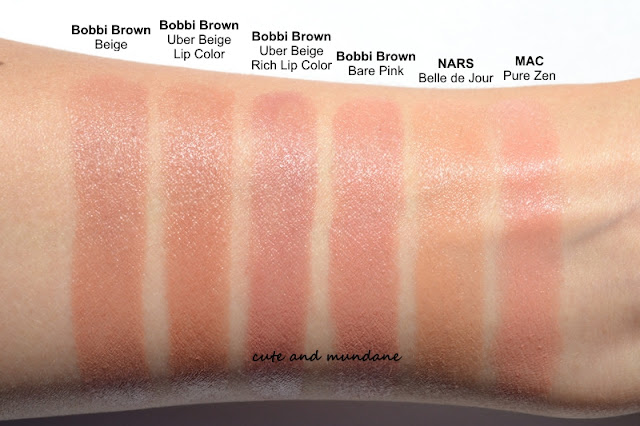 Bobbi Brown Uber Beige is a balanced beige nude lip color in both Lip Color and Rich Lip Color form. Bobbi Brown lipsticks were founded on the idea that brown-based lip colors look more natural. Uber Beige follows in this tradition, and comes across quite 'beige' on the lips; it's not a pinky or peachy nude that one might expect from other brands. I like to wear Uber Beige when I'm looking for a neutral nude lip color. Because it doesn't take on strong undertones, I don't have to worry about it clashing with makeup that leans too warm or too cool. Thanks for reading! Have you tried any other Bobbi Brown lipsticks? What do you think of brown based lip colors? What are your favorite neutral nude lip colors?