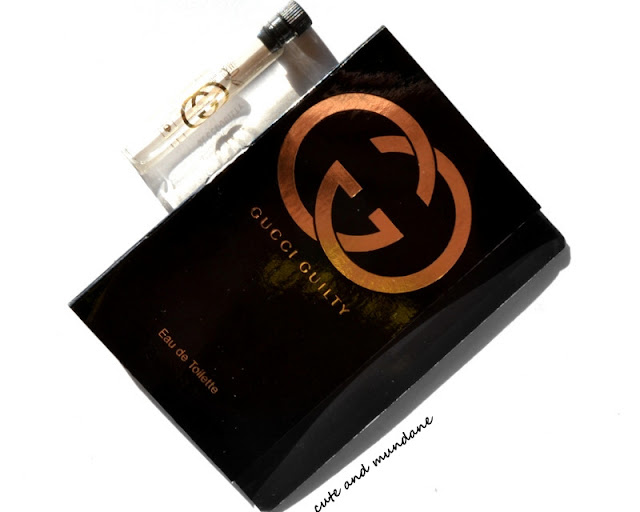 Gucci Guilty Eau de Toilette suggests sensuality in every aspect of its creation. The golden bottle has Gucci's trademark interlocked G's, often likened to a belt buckle, with a glass cutout window looking inside. Plus, there's its name, Guilty, and the racy advertising campaign featuring Chris Evans and Evan Rachel Wood. It seems that Gucci Guilty means to personify the jet-set allure brought to the brand during its Tom Ford years. I was hesitant to try Gucci Guilty, as I expected it to be overly opulent; I was pleasantly surprised to find the contrary.


Gucci Guilty is a warm, sensual, and light 'floriental' perfume. I would say it focuses on sweet peach, smooth lilac, and a dash of pepper for dimension. When the scent opens, I don't really experience the citrus burst that Gucci Guilty is meant to have. In fact, I don't really detect much bursting at all. The perfume begins on a warm and well blended note; it's hard to distinguish single components for the first few seconds. The first note to make itself known is a sweet peach. A light lilac runs alongside and hangs in the air, but not so much as to be cloying. The peach fades and trails into a dash of pink pepper that tickles my nose and adds dimension to an otherwise simple scent. (I believe this note is what Gucci Guilty's highly dramatized retail descriptors like 'forbidden' and 'dangerous' refer to). A hint of green geranium complements the pepper nicely. The stronger notes finally dissipate, revealing a sweet amber base with clean vanilla-like tones. The amber and patchouli are left unemphasized; you won't find much spice or smokiness at the base. 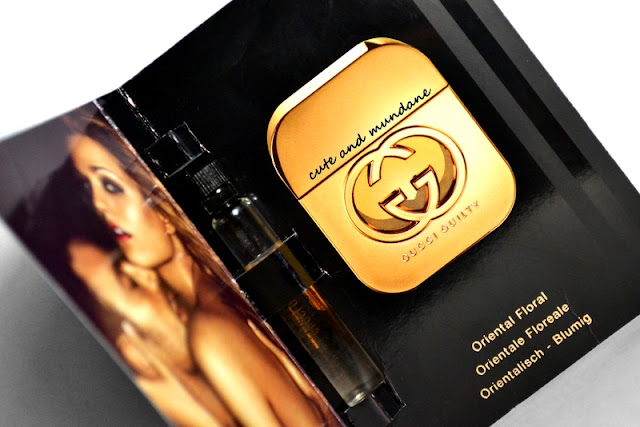 Gucci Guilty is a smooth concoction of fruit, flower, and spice that hugs the skin. The lightness and lack of heavy base notes keeps it sensual but unobtrusive. I was surprised to find it to be such a wearable scent, considering my initial expectations. However, considering that the Gucci Guilty ad campaign is quite tame when compared to other sensationalized products (e.g. YSL Opium or Tom Ford Neroli Portofino, both by Tom Ford), perhaps that was to be expected. I'd have to say Gucci Guilty is a sheep in wolf's clothing, intimidating on the outside but soft in the inside. Thanks for reading! Have you tried Gucci Guilty? Do you have any Gucci scents in your collection? What are your favorite 'florientals'?