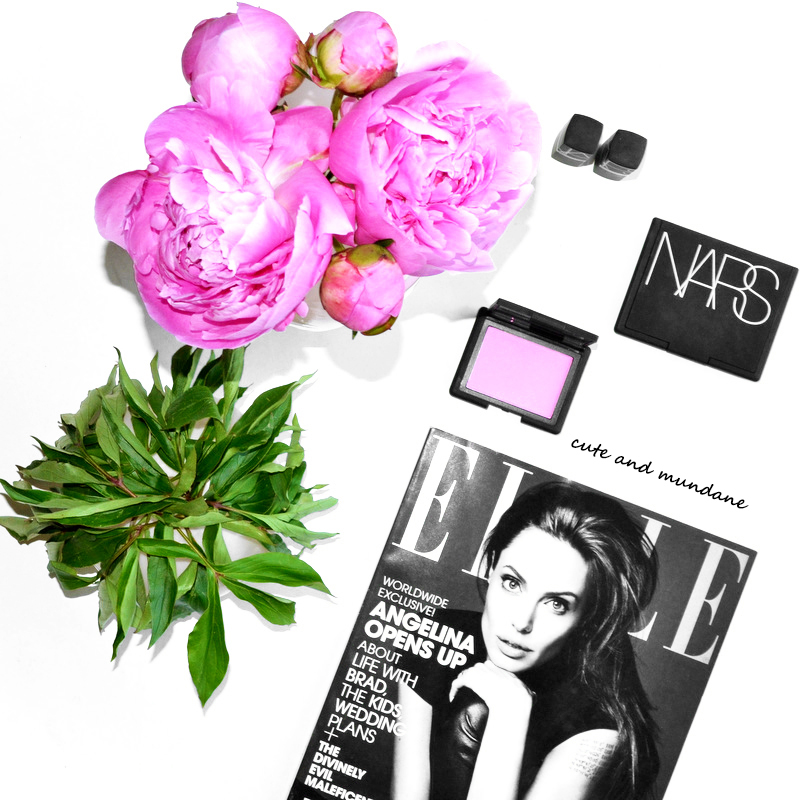 In the spirit of eclecticism, shall we start with an assortment of things I've been loving lately? First up are fresh peonies. (I'm enjoying their dewy sweet perfume even as I write!) So much attention is given to their visual aesthetic, but I'd have to argue that their scent is equally (if not more) alluring.  Second, I'm loving Angelina Jolie on the cover of Elle. It's a truly striking shot, although I may be biased as Angie's one of my favorite celeb style icons. I'm looking forward to seeing her in Maleficent (speaking of which, I spotted the Maleficent collection at MAC counters this weekend)! Third, I'm loving NARS Gaiety blush, a gorgeous pale pink and the topic of discussion for the day.... 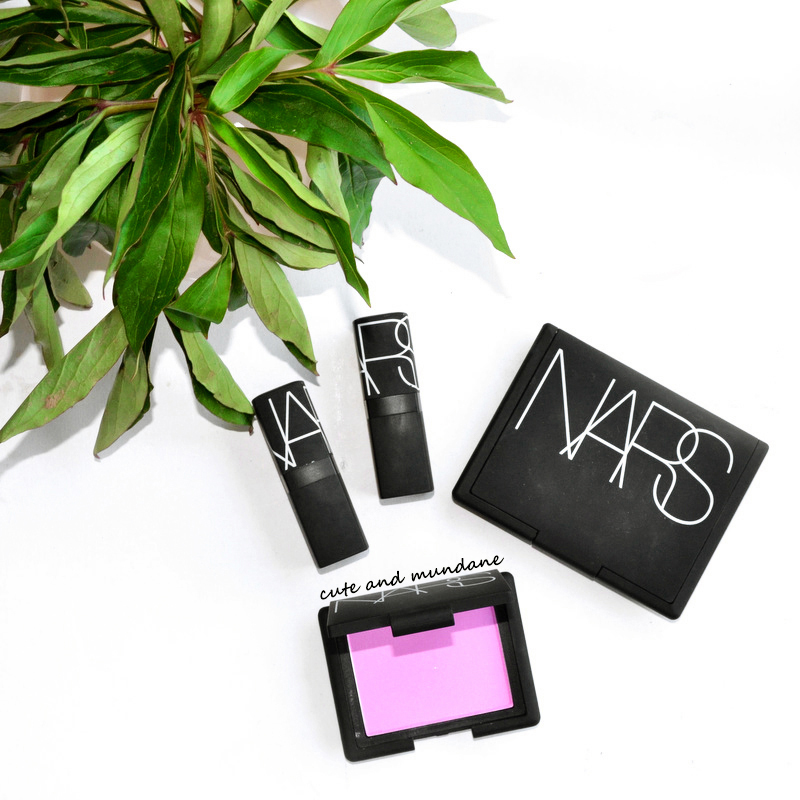 You know I love a cool pink. There's something so magical, brightening, and feminine about the shade. I fell in love with NARS Gaiety blush when it debuted, as it was (and still is) the coolest pink in their collection. I ended up waiting before buying; even though I'm a diehard fan of NARS shades, I'm plus/minus on the formula on my sensitive skin. (That and I tend to think, rethink, then think some more about my beauty buys, as my collection has already reached critical mass...).


The compact is of course packaged in the classic rubbery NARS material, a modern and practical touch that I really like. I know some folks don't like how they tend to be powder magnets, but I haven't really had the same issue. It might be because I leave the protective plastic inserts in my compacts. NARS Gaiety is a cool pastel pink. Though it has cool tones, I wouldn't say it has significant blue tones (my photos are leaning a bit more blue on my monitors than I'd like!) Its powdery pastel-like nature gives it a more brightening effect than some other pinks in the same spectrum. That said, it also may apply slightly more sheer for that reason as well.

I've drawn up some comparison swatches for NARS Gaiety blush to some of the other cool-ish pinks in my collection. Tarte Adored (click for review) is a darker rosier pink. MAC Peony Petal (click for review) is the coolest pink of the bunch. You can see how Gaiety isn't as blue-pink as Peony Petal. I was surprised to see how dark NARS Angelika swatched on my skin, as it's lighter in the pan.  Illamasqua Nymph is a pretty bubblegum pink that's less pastel in tone. Of note, I don't own Dior Rosy Glow, but I've heard it's very similar to NARS Gaiety. 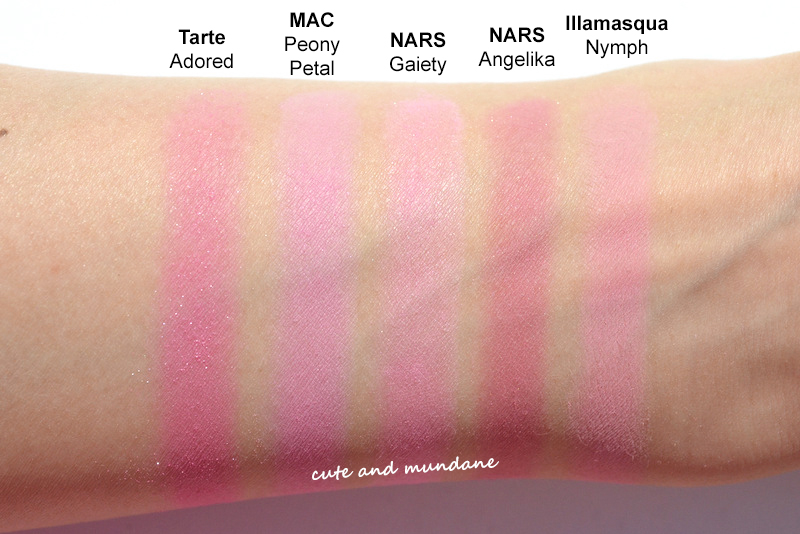 I'm smitten with the cool pink tones in NARS Gaiety. It has such a lovely brightening effect on my neutral/cool skin and is a perfect way to add a dash of peony-inspired pink to my spring routine!

Thanks for reading! What blooms are decorating your desktop as of late? Have you tried NARS Gaiety? What pretty pink (or other) blush shades have you been reaching for this spring?