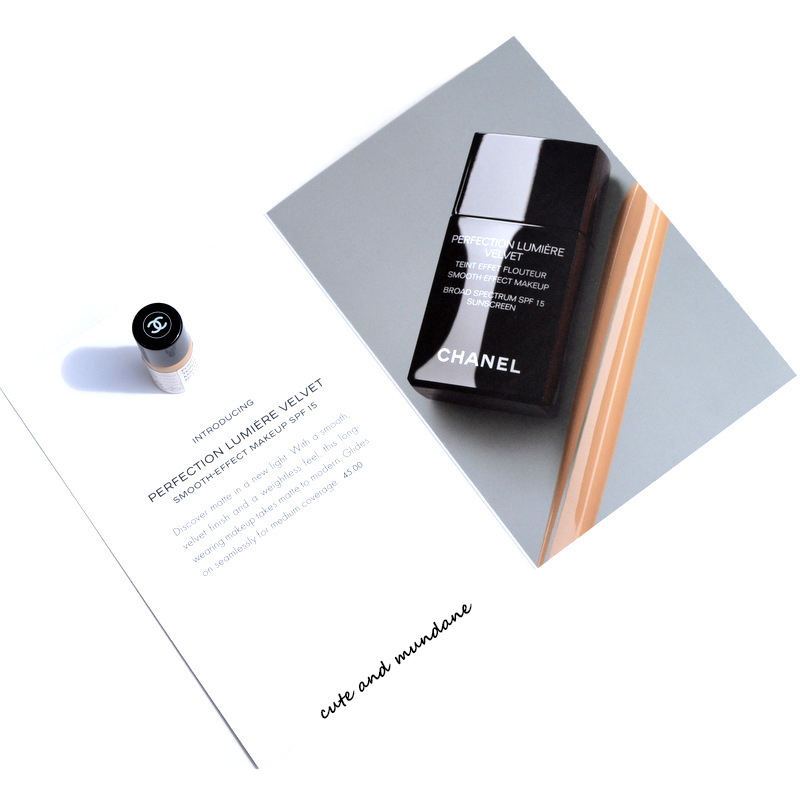 My interest was piqued, to say the least, at the launch of CHANEL Perfection Lumière Velvet. While I was disappointed to find out that unlike the original Perfection Lumière,  this formulation contains chemical sunscreens (which I can't wear), I did get my hands on a the cutest little sample so I could share my thoughts with you today! 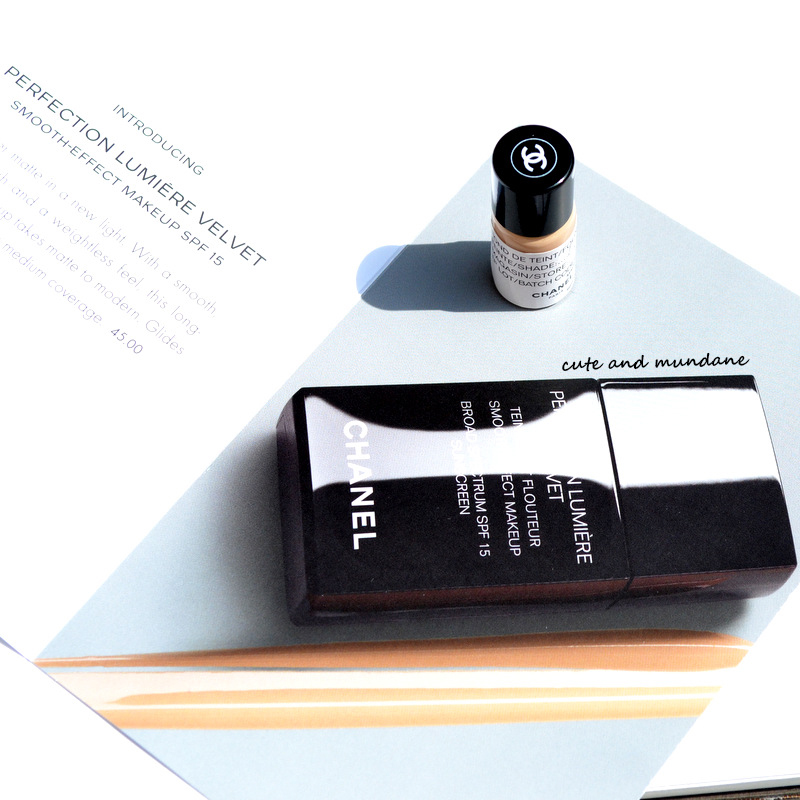 I found that CHANEL Perfection Lumiére Velvet does indeed have a velvety feel, probably similar to the 'dry oil' (read : silicone) feel popularized by Armani Maestro. It smooths on and blends in very nicely. I'd say finger application is best, unlike the original Perfection Lumière which takes a bit more effort and seems to work best with tools. In terms of coverage, I think it conceals more than the original, and is more matte. Though the square squeeze bottle is reminiscent of CHANEL Vitalumière Aqua, it's almost the opposite in formula; it's opaque while the latter is sheer and oil based while the latter is water based.

My CHANEL shade is B20, generally speaking. I've made some comparison swatches with CHANEL Perfection Lumière Velvet so that you can see how it looks next to other foundations in my collection. It's slightly darker and more beige than CHANEL Perfection Lumière in B20 and NARS Sheer Glow in Deauville (formula reviewed here). I'd say the color is quite similar (though more opaque) than MAKE UP FOR EVER Face & Body in 20. 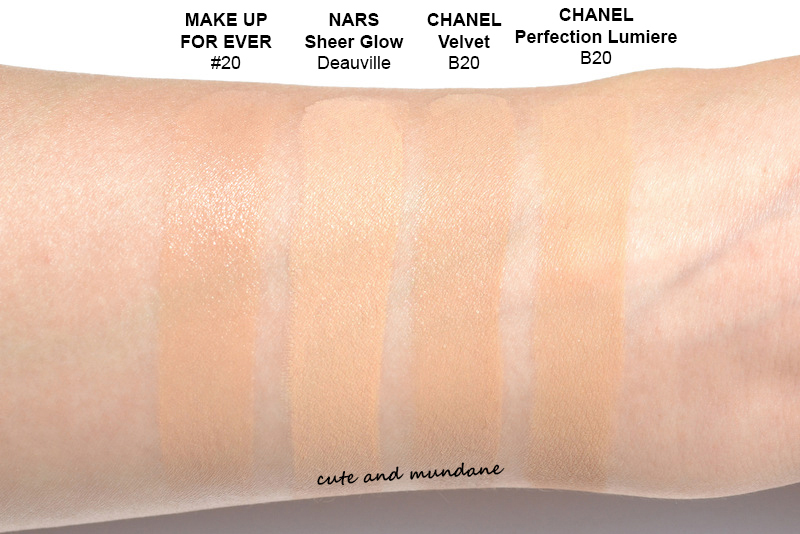 Overall, I really like the CHANEL Perfection Lumière Velvet formula. It has a great velvety feel going on, with an opaque matte finish. I'd most likely have invested in a full size bottle by now, if it weren't for that pesky chemical sunscreen (story of my life). In terms of color, I could probably do my usual B20 for my summer skin, however I might consider mixing in some B10, as B20 does make me look a little more tan.

Thanks for reading! Have you tried CHANEL Perfection Lumière Velvet? What CHANEL foundations do you enjoy? What foundations have you been reaching for lately?