Here's some photos for you of Bobbi Brown Ultra Fine Eyeliner brush, followed by a mini-mystery involving said brush.  Recently I purchased a new ultra-fine eyeliner brush for my mom at the Bobbi Brown friends and family sale to replace one she'd lost. This brush is renowned to be one of the best tools to use with gel eyeliners, including BB's own gel liner. It's soft, very small, and works quite well. My ultra-fine liner brush was actually my first makeup brush ever (incidentally gifted from mom), back when makeup was a mystery to me. I didn't really know how to take care of it, so it got pretty beaten up--- I thought you were supposed to jam the plastic protective cover back on, which lead to the permanently splayed end fibers you can see below. Despite the abuse, it's served me well, and I've used it for years now!

After getting the new brush, I thought I'd do a quick comparison review with my old brush. Overall the sizes are similar, although the new brush's head looks slightly more pointed. 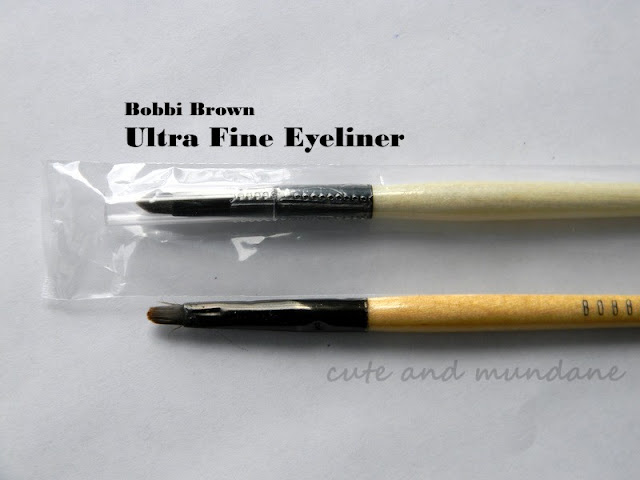 While the head of the new and old brushes are largely similar, there is quite a difference when they're seen in full. My old brush is short! The short length of my old brush is partially due to the old brush style, before BB standardized handle lengths. However, if you look closely, it takes on a peculiar... chewed appearance at the end. So, whodunit? 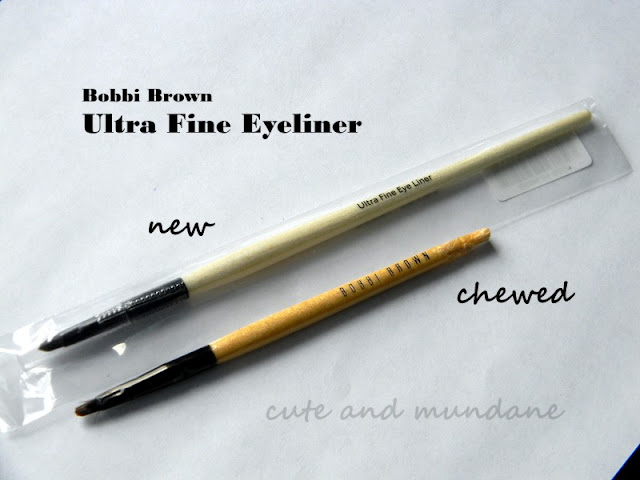 Baby Bird, of course! She's not a big chewer, but apparently this brush had some mysterious tasty appeal. That little rascal. 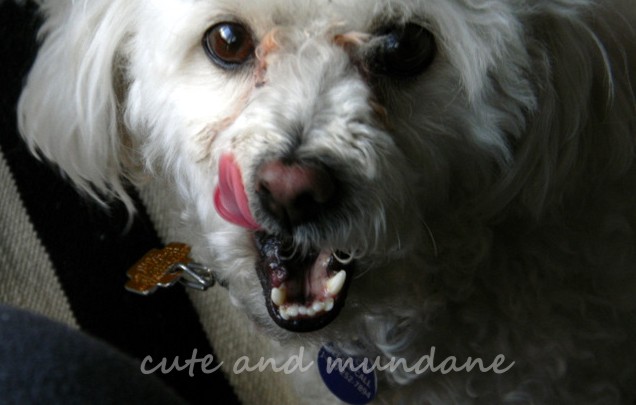 I could have replaced my old brush, but I kind of like it with all the teeth marks. It's got character. Has your dog or cat gotten to anything lately?