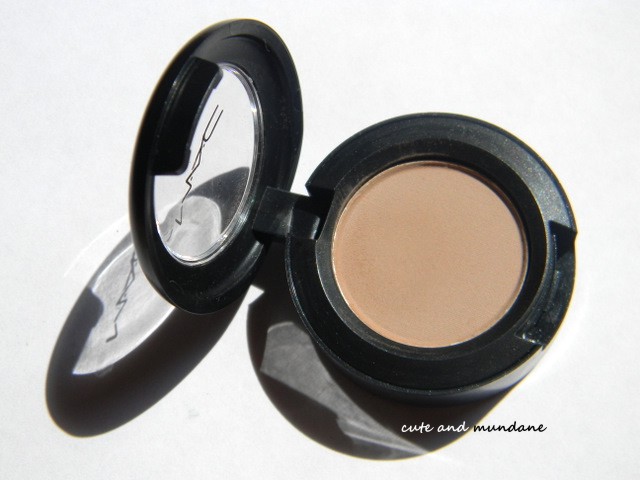 MAC Moleskin eyeshadow was released as a part of the enormous 2011 MAC Me Over collection. It's probably as understated as you can get for an eyeshadow.  Despite this, it was the standout for me in the MAC Me Over collection. After seeing promo photos and swatches on Getting Cheeky, I succumbed to the temptation and purchased MAC Moleskin. I certainly do not regret it!

MAC Moleskin eyeshadow is a light cafe au lait color with nude pink tones. The pink tones really appeal to me. I think they look more natural against my skin than a pure tan or brown, which can look muddy. I've used Moleskin every day since I've gotten it. I've been favoring a more natural eye lately, and this is the perfect crease color. It adds just a little depth and is subtle so that no-one would ever guess I even have a color in my crease. Prior to this, I would blend Urban Decay's Buck and Naked together for the same effect. Buck was a little too dark while Naked was too light. You can see comparison swatches further down in my review. Moleskin also makes a good blending color. I prefer to use lighter tans, instead of browns, to blend out harsh colors, so it fits the bill. The pigmentation and texture are also great. Often many matte neutral eyeshadows have a chalky feel, however this is not the case with Moleskin. I felt the quality was similar to my Bobbi Brown mattes, which is quite a compliment. 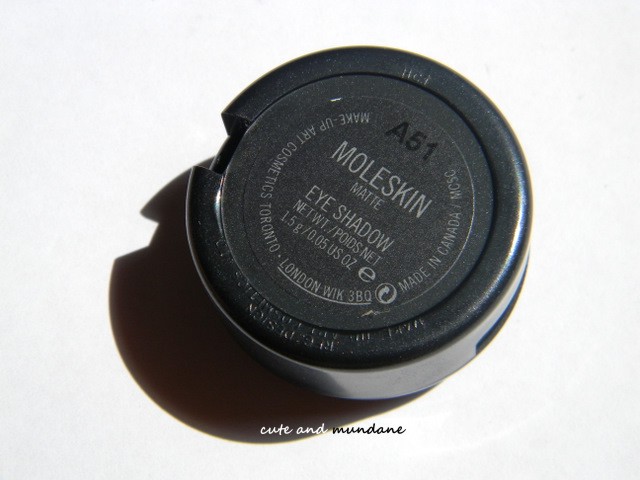 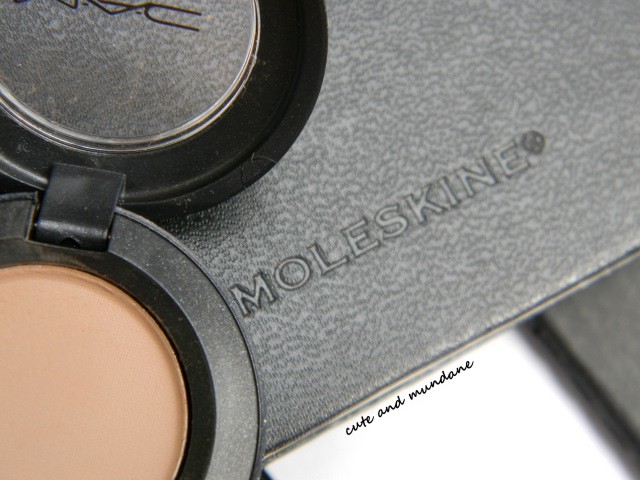 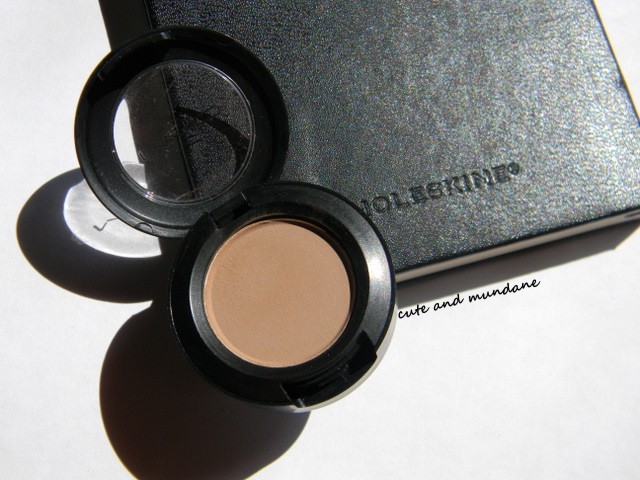 Finally, I have comparison swatches of other tan-toned matte neutral shadows to compare with MAC Moleskin. I was sure I would have a near duplicate of Moleskin somewhere in my collection, however I was wrong. I thought the pinky tones of Bobbi Brown Malted would make it identical to Moleskin, however you can see that it is much much lighter. As I mentioned above, Urban Decay Naked is lighter, while Urban Decay Buck is darker. Neither are as pink toned. Bobbi Brown Oat is the most similar shade, however it is more yellow-toned. Bobbi Brown Taupe is darker and browner than Moleskin.

I hope you enjoyed my review of MAC Moleskin eyeshadow. It's a very basic color that is great for everyday use. If hints of pink in eyeshadow flatter you as well, this is must-have. Did any of you pick up Moleskin as well? Or do you already have the perfect neutral? On another note, is anyone going to try any of the pro longwear eyeshadows in the upcoming collections? Some of the colors look quite nice.

P.S. Sitting in the sun and blogging on a cool breezy day reminds me how wonderful fall weather is. Hope you're enjoying the current climate as well =)