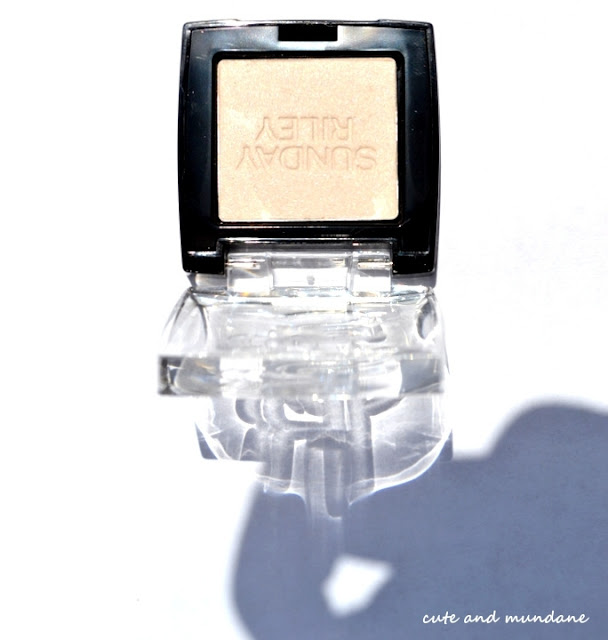 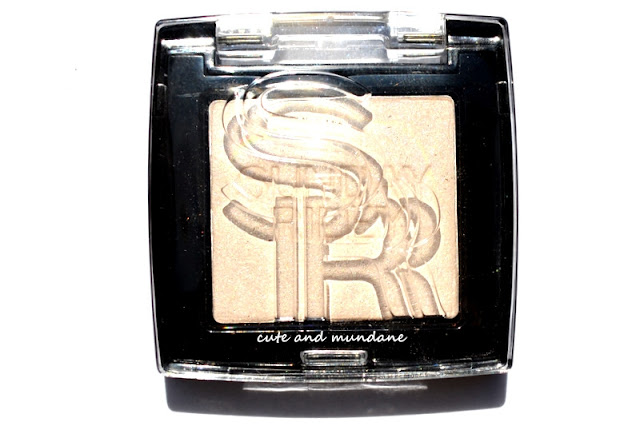 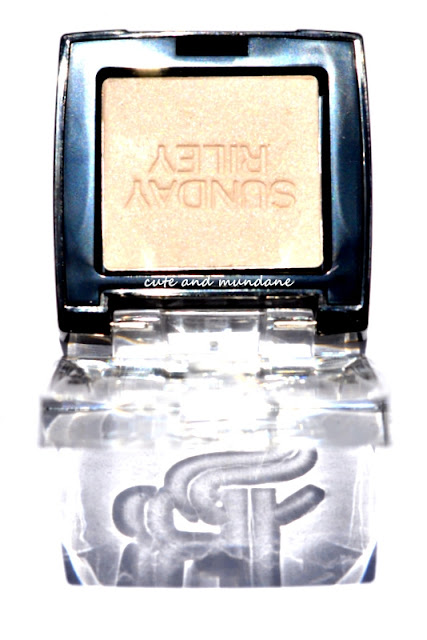 When I first opened Sunday Riley Moon Dust indoors, I was under the impression that it was a regular white shadow. However, outdoors it was more like an off white or very pale beige. The sunlight and camera seems to amplify this beige color in my photos. 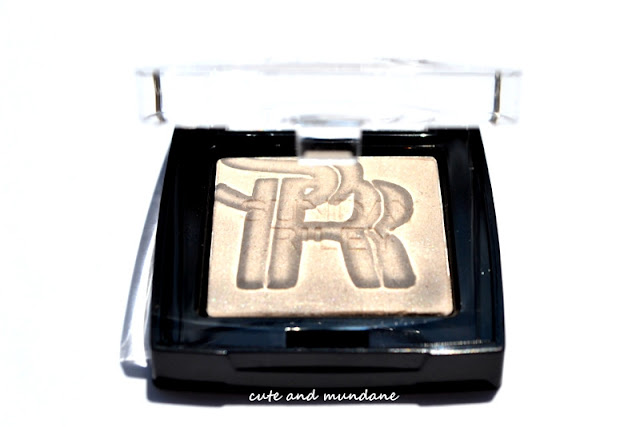 I was initially surprised at Sunday Riley's choice of packaging. Clear plastic lids are commonly seen on drugstore products. That said, it is convenient to see the color inside, and the construction is more luxe. As you can see below, the clear lid is actually a very thick slab-like lid. At one point while photographing, I saw the faintest little rainbow being cast on the shadow by a prismatic effect. The lid has the Sunday Riley 'SR' logo indented, while the shadow pan itself has Sunday Riley embossed in it. The texture of the shadow in the pan seems firm. Not much is kicked up when I run my brush on it, although product is coming off the surface. 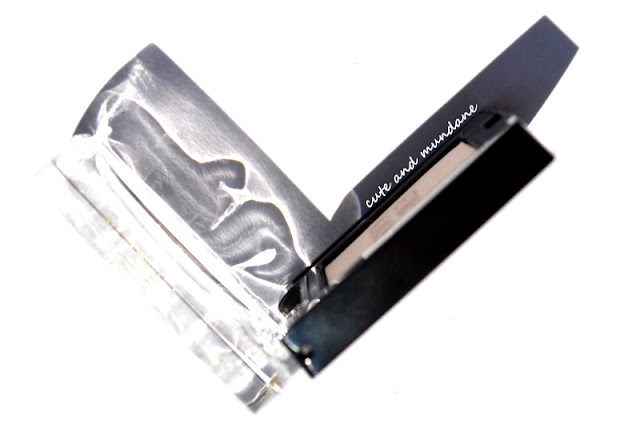 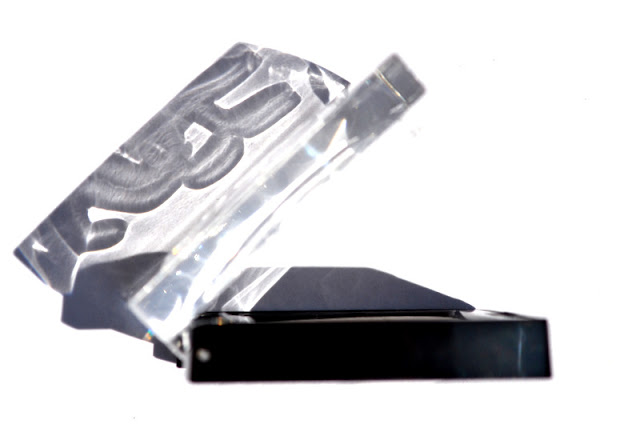 When seen in the pan outdoors, Moon Dust can take on a pale beige color as seen above. When worn or swatched, it takes on a greyer tone. This might be because the beige is absorbed into the background tone of the skin, thus highlighting the grey tones in the shadow.  I've swatched Moon Dust next to some other white eyeshadows in my collection so you can get a better handle of the color. You can see that Moon Dust is significantly less pure white than the icy white of Sephora Aspen Summit and the golden white of NARS Exotic Dance (reviewed here). The off white/ beige character is similar to Urban Decay Virgin (from the NAKED palette). Urban Decay Virgin, however is more strongly pigmented and a more frosty peach beige. Sunday Riley Moon Dust has a slightly more soft satin grey color.

Moon Dust goes on very sheerly, though it does spread evenly and well. It took me multiple brush strokes to build up the swatch below. When worn on my eyes, the color was practically invisible, save for a subtle lightening effect. The eyeshadow has a formula suitable for wet or dry use, so I used a wet brush. This worked quite well to build up the color to a soft white-grey. I could see where Moon Dust gets its name from! 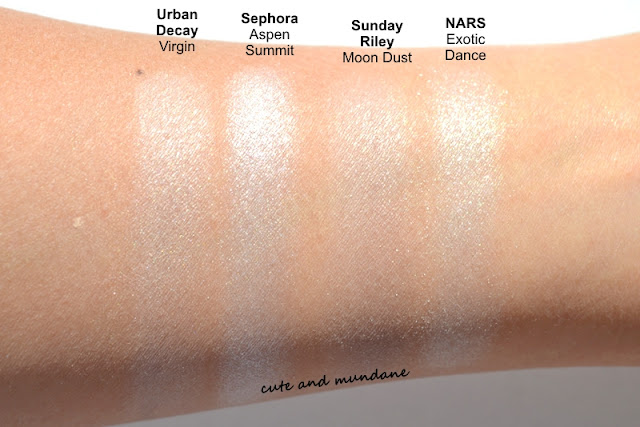 Overall, I'm excited to have tried Sunday Riley Moon Dust. The subtle grey-white suits my taste and I do appreciate the effect of barely-there and brightening shadows. Though I do like Moon Dust, I would recommend a try-before-buy since the color does seem to be sheer, which is not everyone's cup of tea. Thank you to Charlestongirl for the wonderful giveaway and thanks for reading! Have you been eyeing  or trying any Sunday Riley colors? Do you have a favorite off-white eyeshadow?