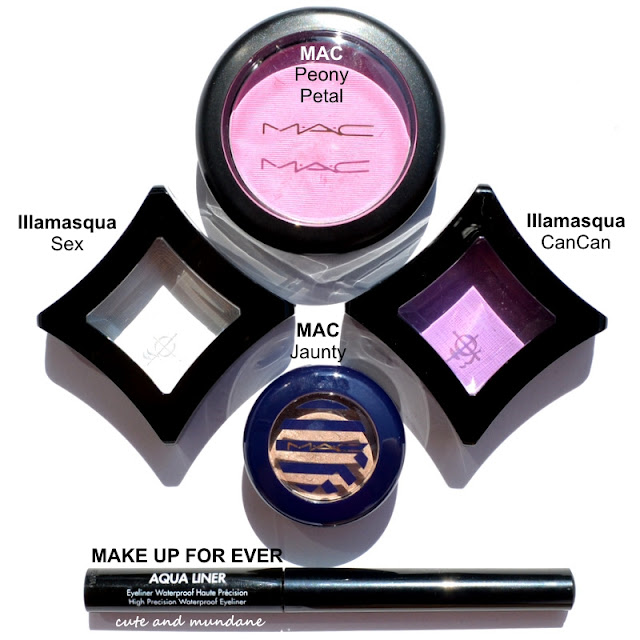 Happy Friday! I've been getting back into basics and brights, which MAC, Illamasqua, and MAKE UP FOR EVER seem to be so good at. Here are this week's five discoveries and/or rediscoveries from my collection. Illamasqua Sex Eyeshadow (from spring 2012) might be my amongst my favorite discoveries. Having a paper-white eyeshadow base is great for working with brights. Illamasqua CanCan (also spring 2012) is a pink-leaning lavender that's a sheer and subtle statement color. It seems more wearable to me than either a pink or lavender alone. MAC Jaunty eyeshadow from the MAC Hey Sailor collection (reviewed here) is a pretty pale beige when I'm in the mood for a basic no-makeup summer look. I've been giving my Urban Decay 24/7 liquid eyeliner a break in favor of MAKE UP FOR EVER Aqua Liner in Black. Both are great liners, but the difference is in the tips. Urban Decay has a flexible small brush, while MUFE is more of a stiff pointed wand. 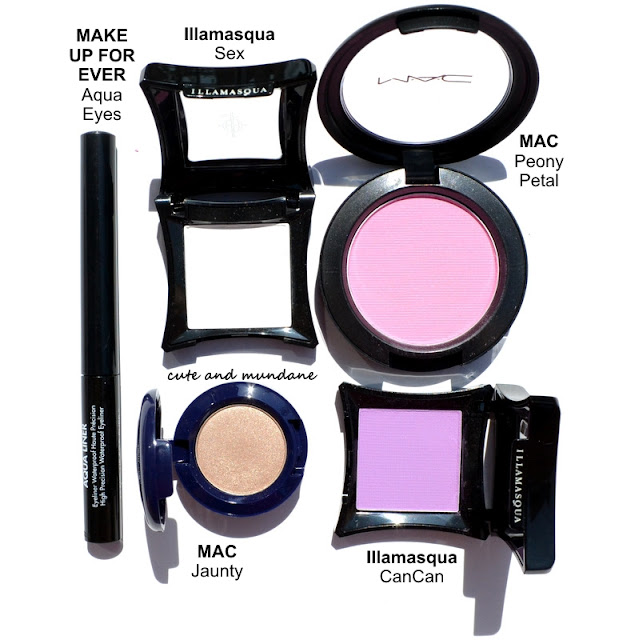 Thanks for reading! What were your discoveries or rediscoveries this week? Are you doing brights or nudes?

Labels: Friday Five, Illamasqua, MAC, Make Up For Ever