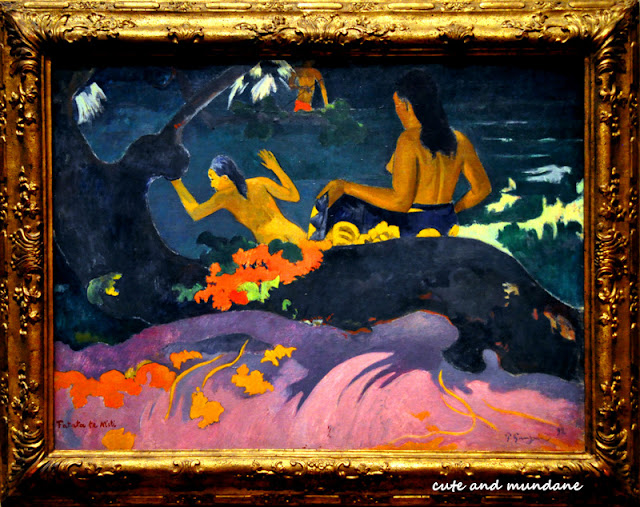 Welcome to the latest installment of Inspired by Art! With today's fast paced lifestyle, it's easy to become overwhelmed by the unrelenting flow of work and responsibilities. When the burdens become too great, we yearn for an escape, be it to a faraway shore, a memory in time, or perhaps even anywhere but the here and now! It's easy to forget even in this summer season what summertime meant for many of us as children: an idyllic time when we could relax and enjoy the simpler things in life.

In 1891, stockbroker and businessman Paul Gauguin, frustrated by a series of business failures and difficulties in his married life, was compelled to escape from the hustle and bustle of the European markets, leaving his wife, children, and civilized life behind for the unspoiled Pacific shores of Tahiti. It was probably no mistake that Tahiti happened to be about as far as one could get from Gauguin's home country of France, nearly 10,000 miles distant, almost exactly on the opposite side of the globe.

Being a romantic (and an escapist in a very literal sense), Gauguin had hoped to find a primitive, peaceful life in Tahiti. Unfortunately by the time he arrived, Tahiti had already been significantly altered culturally by French colonization. Disappointed but undeterred, Gauguin settled in Mataiea village to pursue his art. Chasing visions of a land untouched by western culture, he painted Tahitian scenes colored as much by imagination as by reality. Fatata te Miti (By the Sea, 1892), painted on Gauguin's first visit to Tahiti, is a beautiful example of these fantasies brought to life- an ultimate escape from realities both past and present. 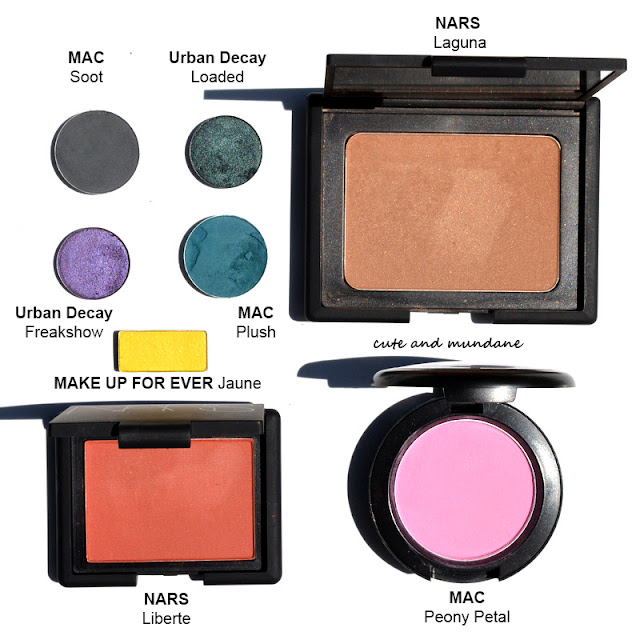 In Gaugin's Tahitian paradise, we see deep sea tones contrasted by the pink sand and bright florals. My Fatata te Miti inspired look starts with sultry teals to add an ocean's depth to eyes, such as MAC Plush eyeshadow alone or mixed with Urban Decay Loaded eyeshadow (reviewed here) for a deeper teal. MAC Soot eyeshadow and Urban Decay Freakshow (reviewed here) can deepen the look, like the shadowed tree and and in Gaugin's painting. The lilac pinks and lavenders in the sand can be used on lips and/or cheeks to provide beautiful contrast to the dark water tones on the eyes. MAC Peony Petal blush fills this role nicely. The tangerine, yellow, and red-orange found in the florals draped across the beach can be used as surprise accents and embellishments in this Gauguin-inspired look. Such colors in my collection include MAKE UP FOR EVER Jaune (reviewed here) and NARS Liberte (reviewed here) layered over MAC Cremeblend Blush in Optimistic Orange (see swatch here) to add intensity and brightness to the color. NARS Laguna bronzer adds a nice Tahitian tan to the look as well. 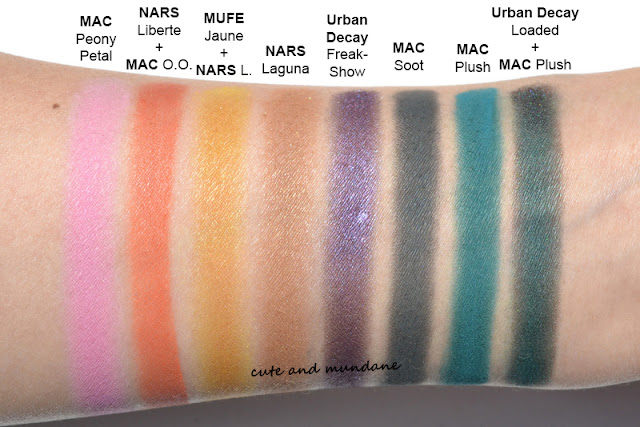 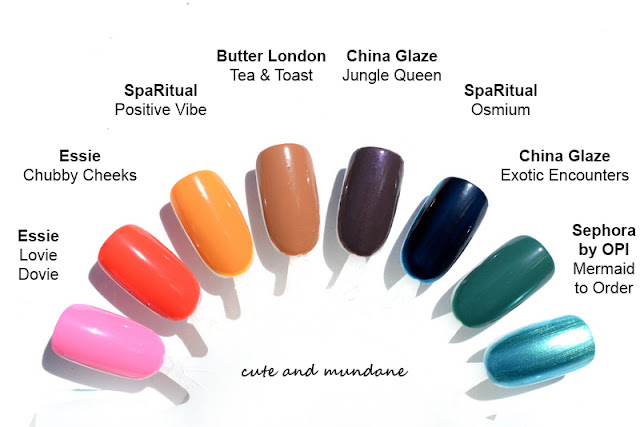 Finally, I have a few fragrance recommendations to finish my Gauguin inspired look. (For the past few Inspired by Art posts, I've been using fragrance to quite literally add another layer to the experience!) I hoped to channel the Tahitian feel of Fatata te Miti with notes from the Tiaré flower (Tahiti's national flower) and Coconut (the classic Polynesian tree). Kate Spade Live Colorfully is a beautiful combination of Tiaré with Coconut water and would make a great scent compliment to a Gauguin inspired look. For a fresher Tiare flower fragrance, I'd recommend Versace Vanitas. If you're a fan of coconut blends for summer, Versace Crystal Noir (sensual Gardenia and coconut), Pacifica Indian Coconut Nectar (a coconut and vanilla gourmand), and Serge Lutens Bois de Vanille (a vanilla and coconut gourmand) would be great picks as well.

Though Paul Gauguin may not have found the pure idyllic escape he was looking for when he reached Tahitian shores, he was still able to distill the spirit of paradise into Fatata te Miti and his other works. The brilliant brights and daring deep tones provide gorgeous color combinations and tropical inspiration for the upcoming summer months. Gauguin's tale reminds us that sometimes when we're overwhelmed by the daily grind, it's good to find renewal in exploration and to take in the summer sun. Sometimes a change of pace and scenery is all it takes to dive into our own little slice of paradise!

Love, Dovey.
P.S. Be sure to check out more posts in my Inspired by Art series here!
Posted by Dovey at Saturday, June 29, 2013