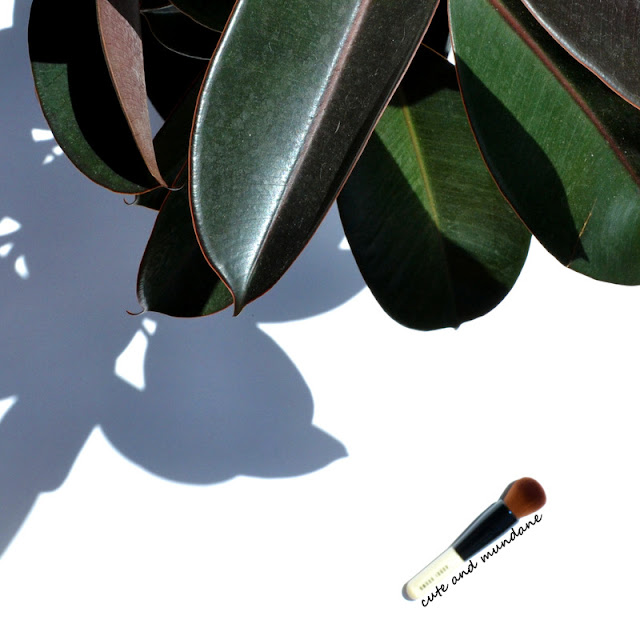 When I first started out with makeup, I remember that Bobbi Brown brushes were amongst my first major investments. Admittedly, the reason I started was because I love Bobbi's line (and they looked so nice photographed in the Bobbi Brown Makeup Manual - yeah, I collect her books too!) However, they've worked and held up so well over the years (see my core collection here), I have to say it was a wonderful decision in retrospect!

Periodically, I check Bobbi Brown online to see if new brushes pop up. I'd been crushing on the Bobbi Brown Full Coverage Face Brush, a relatively new design which seemed to be getting excellent reviews online. You can imagine I was pretty excited to receive it to share with you today, courtesy of the folks at Bobbi Brown!


The Bobbi Brown Full Coverage brush has a full head of short, tightly packed bristles (see above). They're designed to be great for buffing foundation and providing a full-coverage, even finish. Though powder foundation is the initial designated media, the brush can be used with liquid foundations too!

Of course, I tested the Bobbi Brown Full Coverage Brush with all different formulas. I started with my usual liquid foundation, CHANEL Perfection Lumière by pumping small drops onto the brush head at a time, then blending over different portions of my face. (I suppose you could apply to the back of your hand first, but I prefer to skip that step). The brush worked beautifully to work in the liquid foundation. I liked that the brush itself didn't soak up a lot of the foundation and instead deposited it onto the face.


I had similarly good results with my new Bobbi Brown Skin Foundation Stick (review to come soon!) I used the foundation stick to 'draw' stripes on my face before blending it in with this brush. This full headed brush seems like a nice tool for blending in cream formulas, which sometimes require a little more buffing work than liquid.

In terms of powder foundation (for which this brush was designed), the full head of bristles work well for buffing. I don't typically wear powder foundation alone, however I found that the brush worked well to distribute my finishing powder (CHANEL Poudre Universelle or Double Perfection Lumiere) over my liquid foundation. I felt that the short bristles were able to hold onto more, and therefore distribute more powder for more coverage on my face. It's kind of conveniently actually, as I can use the same brush for applying both liquid and powder foundation!

As you can see, the Bobbi Brown Full Coverage Face Brush has much denser and shorter bristles than the Face Blender Brush. (Typically I find the latter to be better for sheer application of finishing powders or blush). The bristles are shorter and more similar in length to a Foundation Brush. The short, thick, handle is nicely shaped for using the brush perpendicular to the face. 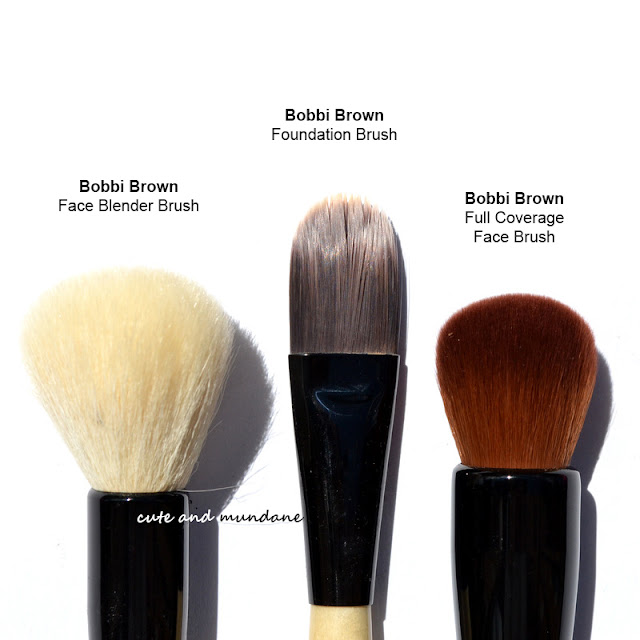 I'm really loving my multi-purpose Bobbi Brown Full Coverage Foundation Brush ($44) and have only positive things to say. It's a buffing brush, so I do think that it's well suited for those who regularly use cream or powder formulations. That said, I've been using it with my everyday liquid foundation as well. As mentioned above, a plus is that I can use the same brush for both liquid and powder foundation in succession (as an alternative to my usual Foundation Brush followed by the Face Blender Brush)! Overall, the Full Coverage Foundation Brush is a handy addition to my core collection; plus, I'm happy to see a great buffing brush added to Bobbi's lineup!

The Bobbi Brown Full Coverage Foundation Brush is available online at Bobbi Brown (which I tend to like, for the nice samples and expanded color selection) and of course at counters nationwide.

Thanks for reading! What Bobbi Brown brushes have you tried? What are your favorite foundation brushes?

Love, Dovey.
Disclosure: This post contains product(s) sent to Cute and Mundane for consideration. The ideas and opinions in this post are genuine and my own. As usual, no ads or affiliate links!
Posted by Dovey at Monday, May 25, 2015